by Allen Brown
in You May Also Like
Reading Time: 4 mins read
47 3 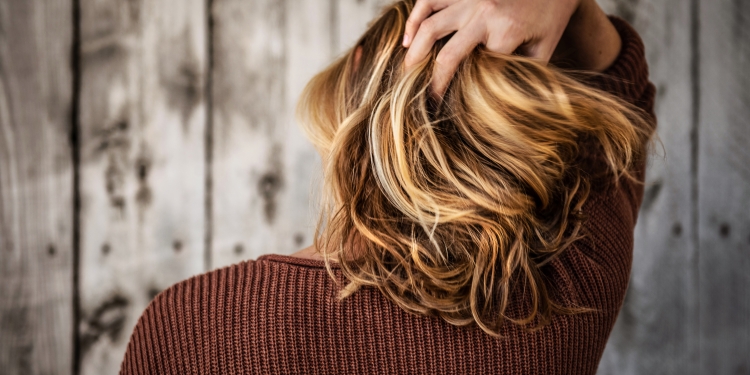 Almost the entire exterior surface of the human body is covered with hair. However, hair is more defined in some areas, including around the eyes, chin, scalp, armpits, the chest (in some men, and genital areas. While pulling out a hair strand may not seem like a big deal, it becomes a huge concern if one develops an uncontrollable urge to pull hair out more often. In this piece, we shall briefly discuss the hair pulling urge and why you shouldn’t ignore it.

What to Look for When Choosing a Roofing Company in 2022? [Complete Guide]

You May Be Suffering from Trichotillomania

Pulling a strand of hair out once in a while may not be cause for concern. However, if the frequency with which you take out these strands rises to the point that you have bald patches in the areas where you frequently pluck the hair, you should be concerned. You may be suffering from a disorder known as trichotillomania.

Trichotillomania is defined as the repeated, irresistible need to remove hair from various regions of your body. While it may begin as a simple want to pull out a single strand, it gradually becomes habitual as the desire to pull out more hair increases. Many who suffer from this obsessive-compulsive related disorder tend to hide it from the people around them, thus suffering in secret. As a result, it ends up interfering with their social and work lives. As you will realize later, this is one of the reasons to seek help if you suspect suffering from trichotillomania.

The illness is more prevalent in teens, but it sometimes affects adults, with adult women being the most commonly affected. Symptoms have been reported to diminish and reappear after some time. The majority of people have little control over this, which can be uncomfortable, especially when the hair-pulling urge is experienced in the genital areas.

There is currently no known etiology for Trichotillomania. However, based on the occurrences documented and investigations conducted on the victims, several possible theories have been proposed. The leading causes of the disease are considered to be stress and anxiety. When a victim is anxious or stressed, they pluck out their hair, which provides them with a sense of relief. This quickly becomes their go-to method for coping with stress and worry. Changes in hormone levels in the body are thought to be the cause of the disease. This is because teenagers comprise the largest population of victims. Chemical imbalances in the brain could possibly be the source of the ailment as well.

Reasons Not To Ignore It

Hair pulling can have several unpleasant effects and consequences on the victim. Ranging from hair follicle damage to baldness and scarring, some of the common reasons not to ignore trichotillomania include the following:

How to Deal with It

With no definite cause and hence no cure, the illness might last anywhere from a few months to more than twenty years. Living in denial can be dangerous, especially when it becomes clear that you have a serious underlying problem and people notice your balding spots. Therefore, it pays to understand how to deal with the situation as soon as possible. Here are a few options for dealing with the problem;

The first step in managing the problem is to get medical advice from a trained professional. They’re in the best position to figure out what’s driving your inexplicable desire to pluck your hair out. They will assist you in determining what triggers are specific to you and, as a result, will suggest the best course of action.

Like many disorders, trichotillomania has no known exact cause, so it may not have a definite cure. However, several therapies are available to assist you in managing and overcoming the hair-pulling disorder. You can, for example, choose habit reversal therapy, which teaches you how to substitute massaging your ears or clenching your fists for your desire to pull out your hair. Alternatively, you can learn to ignore your urges entirely. It could be difficult, especially if you’ve been ripping your hair out for a long period. These and other tactics can be quite beneficial over time.

From the above, it is evident that hair pulling can be a risky habit. Since it is a disorder, it pays to identify it and seek help as soon as you can. The above piece hopefully sheds some light on why hair-pulling symptoms should not be ignored.

OUT and ABOUT with Seeker Chick Mai-Liis: a busy week - 215 Steps, the Waterfront Farmers Market and Rainbows spreading Love