by Editorial Board
in Home & Garden, You May Also Like
Reading Time: 5 mins read
69 4 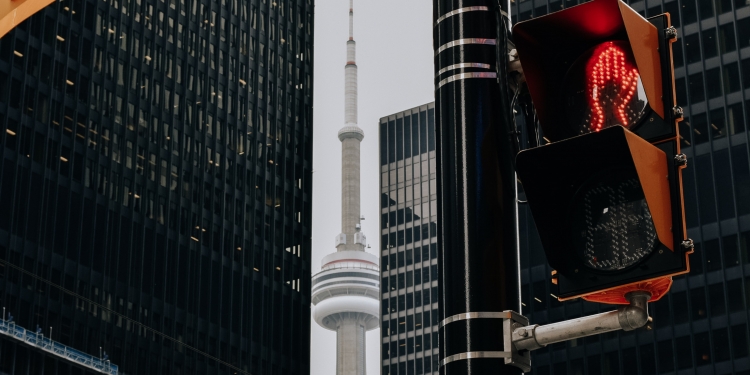 Surging Canadian housing prices have largely been driven by low Canadian mortgage rates over the past year, prompting the Bank of Canada to warn Canadians in May 2021 that interest rates will rise in the future. This follows the Bank of Canada’s 2021 Financial System Review, which looks at potential risks ahead for Canada’s economy.

The Bank of Canada and Mortgage Rates

The Bank of Canada’s overnight rate is widely followed by many banks and lenders that follow it as a benchmark for their own prime rates. Lender prime rates form the basis of variable mortgage rates by individual lenders, which means that an increase in the overnight rate will increase variable mortgage rates. One reason for the Bank of Canada to increase their overnight rate is to counteract inflationary pressures. If inflation increases above the Bank’s 3% upper range target, then the Bank will use tools available to them to limit inflation.

This phenomenon was also seen with fixed mortgage rates. As the pandemic spooked investors and lenders, there were concerns that liquidity was drying up. To help encourage lending and to keep the financial system stable, the Bank of Canada started market operations to inject liquidity into the market. This was done by purchasing billions of dollars of government bonds and securities every single week, with this asset purchasing program going well into 2021.

Households reduced spending and increased savings over the course of the pandemic, but the Bank of Canada suggests that reductions in consumer debt have merely been replaced by higher levels of mortgage debt. Canadians have increasingly borrowed larger amounts when comparing mortgages to household incomes, and the Bank of Canada notes that home buyers have been chasing home prices upwards in expectations of increasing growth in prices. Basing purchasing decisions solely on “ever higher house prices” is something that the Bank is increasingly worried about.

While household debt has soared, housing prices have soared as well. Interestingly enough, just under 20% of all properties purchased in Canada in 2020 were purchased by investors, a slight increase from 21% seen in the previous two years. What the Bank of Canada is concerned about is how quickly rising house prices have created fear in home buyers that prices will increase in the future. This has prompted mass amounts of home buying, often at higher prices than they normally would buy at or sooner than they are ready, which further fuels price growth.

The expectation that home prices can only go up is a dangerous one, but it’s a sentiment that the Bank believes is firmly cemented into some housing markets in Canada. Even so, rising housing prices has also stoked fear and resentment in some home buyers looking to enter the market. A Nanos Research poll conducted in May 2021 found that 49% of Canadians support higher mortgage rates in order to cool Canada’s red-hot housing market.

Extremely high levels of mortgage debt and households being overleveraged means that any increase in mortgage rates has the potential to set off a market collapse. The most vulnerable are households that have purchased into the recent housing frenzy with mortgage payments that they aren’t able to afford if their home values decrease. These borrowers will be the first to be in financial trouble, and this may spark a mass wave of home selling that will push down prices.

The government may also be weary of increasing interest rates, as the government has brought on large amounts of debt over the course of the pandemic. Increasing the cost of government debt doesn’t seem particularly attractive, which might have a downward influence on government bond yields.

However, interest rates won’t be able to stay at these low levels forever – until they do. It’s arguable that maintaining their asset purchasing program wasn’t needed past the fall of 2020, or that the overnight rate should stay at these levels, yet they still are. The Bank of Canada is walking a fine line between keeping inflation in check by increasing rates, or making sure the financial system is stable by keeping rates low. From what is currently happening, the Bank of Canada is favouring the latter. Stability is the main goal during the pandemic, and it’s something that seems to be the main goal for what will at least be the next year.

The thought of interest rates going even lower seems to be incredulous, yet upon closer inspection, of course anything is possible. Should there be a market correction that sends sky-high valuations back to reality, the Bank of Canada would surely be pressured into reducing interest rates further. What that means to the economy might be rocketing inflation, something that is already ever so growing.