History Of Tattoo. The Time Of The Appearance Of The First Tattoos.

by Editorial Board
in You May Also Like
Reading Time: 3 mins read
38 2 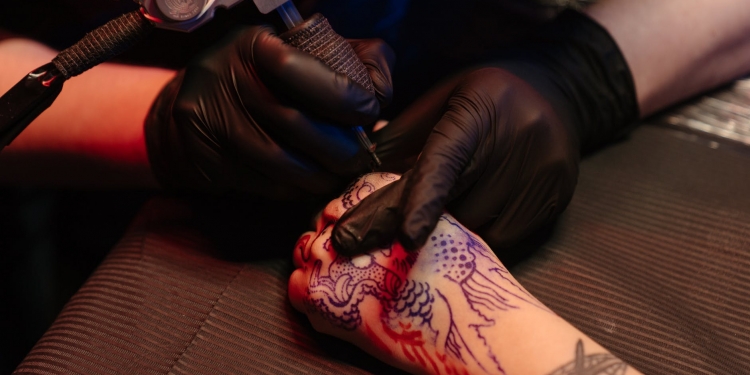 The history of tattoo is presented at tattooawards.com. Find artists like Jenna Hupalo, tattoo shops and tattoo ideas on the site.

Later, in different peoples, there were other reasons for tattooing. Let’s talk about the most popular ones.

A secure future for children in Canada: X tips from experts

How To Find The Top Online Math Tutors

Transitional age. Upon reaching a certain age, young men in some tribes were marked in the form of a tattoo drawing about his dedication to men. Girls were celebrated in a similar way after the first menstruation.

Type of therapy. For the prevention of diseases, as well as for treatment (as in the case of the ice man Ötzi), special symbols were applied that prevented the entry of ailments into the body and expelled sores.

Cosmetic purposes. Majori women were tattooed along the contour of the lips. In the absence of makeup, it was believed that this method would keep her attractive for a long time.

Tattoo is a talisman. In different regions, it was believed that an image or a certain symbol would protect its owner from the intrigues of dark forces, spirits, and other evil spirits.

Tattoo patroness. In some pagan tribes, the patrons of people were living beings: birds or animals. The image, for example, of a bear or an eagle saved the tribe, in their opinion, from troubles, helped in the work.

The sign of temptation. The women of Babylon and Sumer decorated their bodies with original patterns, signs of the sun, stars, and the moon. It was believed that such a painting attracted men to their mistress.

Slave brand. In China and Ancient Greece, slaves were marked with a tattoo stamp, which could be used to find a fugitive. In Japan, criminals and members of the untouchable caste were distinguished in a similar way.

Sign of intimidation. Warriors in Polynesia were painted “horror stories” in the form of shark teeth or spearheads. This even influenced Cook, who had seen a lot in his life, who for the first time saw the militant frightening dance of aborigines with similar tattoos. Such signs were very popular among many tribes and peoples of the world.

Tattoo – passport. Women of one of the Japanese islands, and in some other nationalities, had special marks on their faces about marriage and the number of children.

Religious tattoos. They were received by pilgrims who made their way to holy places. In Bosnia, Catholics applied a cross or the initials of Jesus Christ to their bodies.

Tattoo – number. Under Peter in Russia, a cross and a serial number were cut on the wrist of soldiers. Dry gunpowder was put into the wound instead of paint. This method served to determine the belonging of a killed or wounded soldier to any military unit.

Affiliation. Very often, the tattoo was applied as a sign of kinship with a certain tribe, community, clan, etc.

Tattoo is a talisman. Also an extremely popular type of tattoo. She was pricked for good luck in life, trades, work, etc.

In the ancient world, tattoos were applied to individual parts of the body or covered completely with a pattern. The latter option was especially common in Polynesia and among the American Indians, where new tattoos were added throughout their lives.

All of the above suggests that the modern hobby for tattooing has deep historical roots.