Four Summer Foods to Share with Your Loved Ones

by The Seeker
in You May Also Like
Reading Time: 4 mins read 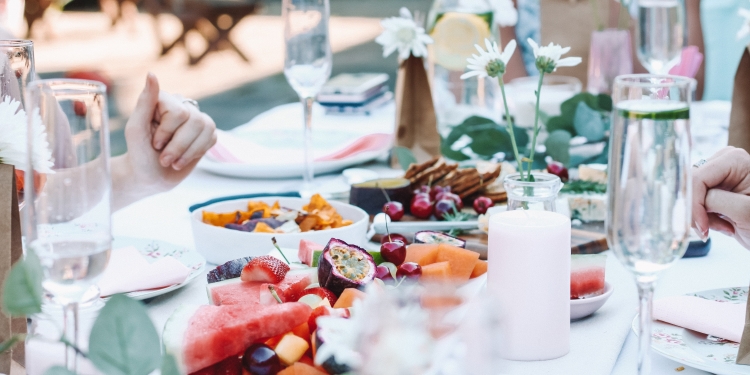 Like any other season, summer is a time to spend with friends and family. Summer is the time of year when you can relax, unwind from work and make memories. Summer is also a good time to reflect on what you’ve accomplished in the first half of the year. But, above all, what is summer without delicious food? For some people, simply having food is enough to enjoy the summer. But let me suggest four meals that you must try if you run out of ideas of what to eat or drink!

The ketogenic diet, or famously known as the keto diet among health enthusiasts, has become the trend, promising a slew of health benefits. This low-carb, high-fat diet aids to shed some pounds and consequently improves one’s health. Keto shake is one of the many nutritious summer drinks that has been proven to improve mood. The availability of drinks from dozens of companies has also made life easier. If you want to make your own keto shake, do not panic because the recipe is straightforward and easy to follow. There are other recipes available online but if you prefer fruit smoothies, I recommend the berry smoothie. All you will need are water, frozen mixed berries, avocado, spinach, and hemp seed. Blend everything together until you have a thick, creamy texture, and there you have it! Now you can enjoy a keto shake for the rest of the summer.

Trust me when I say that eating brownies makes your summer better! Brownies come in a variety of shapes and sizes, depending on their density. It can be fudgy or cakey, whatever you choose. Traditional brownies would just be baked brownies, but many bakers have upped their game and now incorporate a variety of toppings such as almonds, cream cheese and chocolate chips. You can also make it from scratch. All you need to impress your friends and family is butter, a chocolate bar, sugar, eggs and flour. Keep in mind that brownies only last at room temperature for three to four days. So, savor it while you can.

Who doesn’t like watermelon, right? When one has tasted watermelon, one knows what the angels eat, as Mark Twain put it. When the heat is on, watermelon is exactly what you need. Many people like to eat watermelon or drink watermelon juice because it keeps them cool and hydrated. Even better, consuming it keeps you satisfied and energized for the rest of the day. If you want to lose weight, watermelon should be included in your summer diet plan too because it is low in calories. Like any other food, watermelon also has a significant impact on mood as it contains vitamin B6 which calms nerves and regulates hormones. Not to mention vitamin A, which is required for the maintenance of healthy skin and teeth. Refrigerating watermelon is one of the best ways to enjoy it – it will enhance the coolness of its flavor.

While some prefer to go down the healthy path during the summer, others prefer to indulge in savory food like poutine, which I strongly encourage you to try! If you haven’t heard, poutine originated in Quebec, Canada in the 1950s. It is a French-Canadian dish made from thick, hand-cut, golden-brown French fries topped with fresh cheese and brown gravy.  Don’t be put off by its appearance because the taste will speak for itself. For many people, a cool beer goes perfectly with poutine, making it one of the quickest snacks to consume on after a summer night of too many beers. Even though poutine has grown in popularity across Canada, there is still a long way to go before they are widely accepted. So, summer is the perfect time to give it a shot!

6 Types Of Car Accidents And How To Handle Them Properly