by Editorial Board
in You May Also Like
Reading Time: 2 mins read
38 1 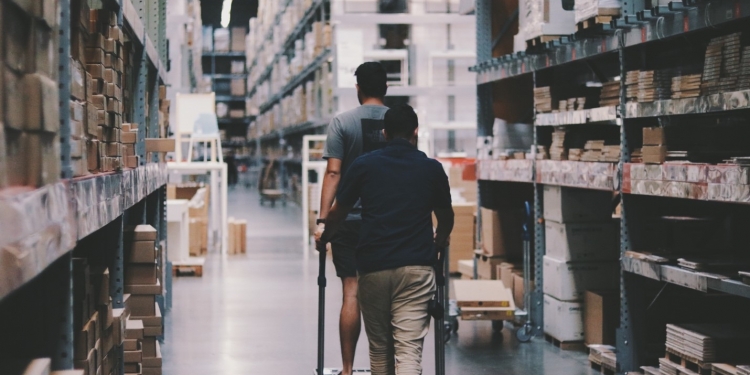 The Canadian Fulfillment sector will see fifteen thousand new jobs this month as Amazon becomes the latest order fulfillment company to expand operations across Canada. The ecommerce giant is also raising its minimum starting wage to $17 dollars an hour to try to fill the massive number of job openings that it now has. Wage increases are expected across the sector, as companies compete for skilled workers.

The new hires will primarily be warehouse workers and distributers, located in various provinces across Canada. In addition to Amazon there are dozens of Canadian fulfillment companies that have seen significant growth over the past few years. The sector is benefitting from the rise of direct-to consumer purchasing, and the trend has only been accelerating this year.

In the U.S., changes to the Section 321 statute have meant that the direct-to-consumer business model has enjoyed significant advantages over traditional business models used by retail outlets, and the resulting lower prices on products have seen a 50% increase in import volume from just three years ago.

According to App Annie, the most popular app free app available on the Google Play store right now is SHEIN. SHEIN is a Hong Kong based company that sells in the U.S. through the direct-to-consumer sales model. They can avoid import tax because of the low product values and can avoid paying income tax because they have no sales in Hong Kong.

Canadian fulfillment is also being used for businesses in the U.S. that want to import in bulk. Section 321 prevents the direct import of goods from China valued over $800, so by using a Canadian Fulfillment partner, shipments can be sent to Canada, warehoused there, and then broken down into individual orders at the time of purchase for individual transactions

One company that’s been successful with this Canadian fulfillment business model has been Stalco. They often help businesses that want to import product into the U.S. to avoid paying the often large import tariffs that importers of smaller goods can avoid with the direct-to-consumer sales model.

Stalco recently expanded their operations into western Canada when they were acquired by Canada Cartage, one of the country’s most valuable logistics providers. The new warehouse locatins will allow the Canadian fulfillment company to cut shipping times to 1 to 2 days for both U.S. and Canadian consumers on the West coast.

With the new Amazon deal this month adding 15000 jobs, and the recent expansion of Stalco and other order fulfillment providers, the Canadian fulfillment sector can expect to see continued growth over the next several years. The growth of online sales is showing no signs of slowing down anytime soon and providers big and small will have to get used to paying more for employees.

CCH Scaling Back Non-Urgent Surgeries due to COVID-19