Useful Tips For Choosing Between Acoustic And Electric Guitar

by Editorial Board
in You May Also Like
Reading Time: 4 mins read
25 1 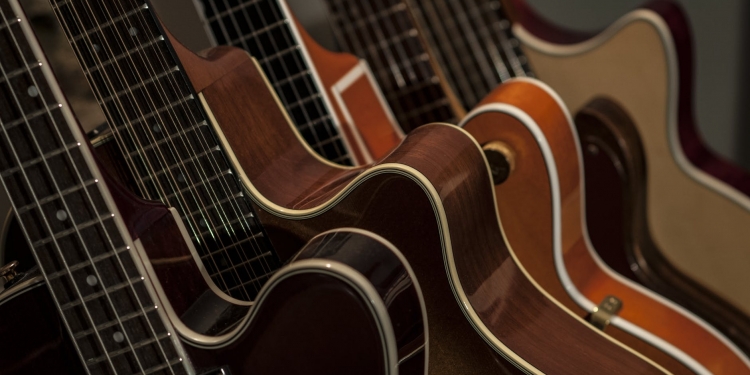 For people who play the guitar or enjoy the sounds that it makes, this is more than just an instrument. It has been marketed as a lifestyle and as a form of expression so unique that it seems like an extension of the musician’s body itself. In nearly every genre of music in the modern age, the guitar has played a pivotal role. Similarly, string instruments are among the oldest kinds of instruments that are played all over the world. Every culture has some kind of string instrument that uses the same mechanics as the guitar’s but creates a slightly different sound and has its own playing style. For people who are just getting into learning guitar, the most important question is what kind of guitar they should choose? Broadly speaking, the choice is between an acoustic guitar and an electric guitar. At this point, it is important to ask yourself a couple of questions. What kind of guitar interests you more? And, what kind of music are you aiming to create or replicate with this instrument? These two questions should be enough to give you some direction as to which instrument will be right for you. For a more in-depth understanding, let’s look at a few differences between the two choices.

Unless you have somehow inherited a guitar, in which case you are stuck with what you have, you will have to buy one of these instruments. At a very basic level, the cost of an acoustic guitar will be lower than even an entry-level electric guitar. On the expensive side, there is no end to the price range. Extremely high-end acoustic guitars can out-price electric counterparts. However, just buying the guitar isn’t the problem, it’s the cost of the accessories that can really start to pile up. For starters, if you are getting a regular electric guitar, you will need a neck strap. Some guitars such as the electric steel guitar can be played on your lap like an acoustic but that’s pretty much the only one that can be played without a strap. Then you’ll need an amp, some pedals,  wires and the list goes on and on. For acoustic guitars, all you need is the guitar and you’re good to play.

What kind of genre do you enjoy listening to? What sort of music do you think you will want to play the most? Are you looking for those snappy Lenny Kravitz-style solos? Are you interested in being able to play the Moonlight Sonata? While they are both guitars, the kind of music they can create is completely different. There is a gray area in which both guitars can be used to achieve the desired results; however, for the more extreme ends of the spectrum, you will need a dedicated instrument. If you are looking to play genres like metal, you’ll most likely require certain accessories; a distortion pedal is of the most basic, it is used to further modify signals from the electric guitar, creating even more diverse sounds. Effects like the wWah-wah sound, delay, reverb, and many other electronically generated effects can be created on an acoustic guitar. Also, if you are looking to play at high volumes, maybe even perform in front of a crowd, electric guitars allow amplification, which helps volume levels. You can only get so loud with an acoustic.

When you are just starting learning the guitar, it all seems quite similar. The main chords, the frets, the string tuning, and even the movement is very much alike in both the electric guitar and the acoustic. However, these similarities start to fade away as you progress. Eventually, you come to a point where certain styles are simply not possible on an instrument that they are not intended for. For instance, if you are interested in playing something that has more of a blues feel to it and you want to do metal slides, it’s close to impossible on an acoustic. Not because of the difficulty but because the hardware is incapable of producing that sound. Similarly, fingerpicking on an electric is just making your life harder when it can be done so effortlessly on an acoustic.

While we all start at the same point, where we end up can be very different. Most of it has to do with the particular kind of music you listen to and enjoy playing. If you look at your favorite guitarists or even bands, you will notice that they have a few selected instruments that they use. In fact, many professional guitarists use the same instrument for all their serious work, while the other guitars are just for fun and general performances. Even two acoustic guitars made by the same manufacturer can sound different.