A Definition of Trauma and Treatment Methodologies in Canada

by Allen Brown
in Health & Environment, You May Also Like
Reading Time: 5 mins read
33 1 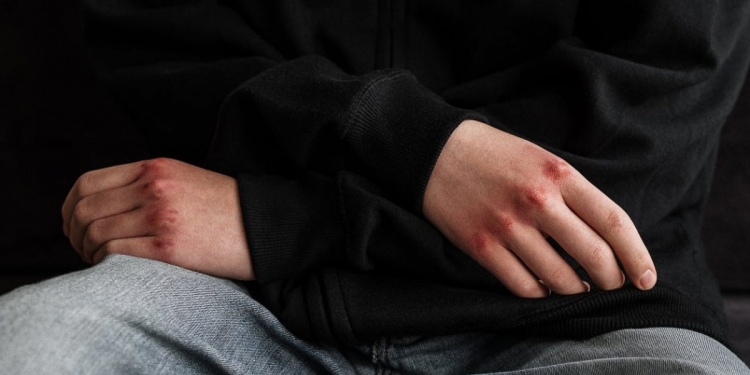 According to the American Psychological Association (APA), trauma is any incident that is physical or emotional that impacts the quality of life of individuals and generates negative thoughts or perceptions. It can be caused by an accident, a terrifying event, such as rape or assault, and can occur during childhood or adulthood. According to trauma specialist Rosalien Stagg, focusing not on the traumas, but on the emotions is a unique therapy practice that helps.

PTSD (Post-Traumatic Stress Disorder) has been studied in-depth for decades as it is most apparent after natural disasters, accidents, or while serving one’s country during stressful overseas stints in countries where battles can take place. Symptoms of PTSD do include depression, hyper vigilance, and many times flashbacks to the traumatic experience.

Clinicians can have differing views on childhood traumas

Noted by the American Psychiatric Association children can incubate their traumas and never speak of them, leading them in later life to not even recall the trauma. This is called “encoding” and attempts to relive and recover the traumatic memories only happen in a few cases, only about 20 percent. Reliving the trauma does not necessarily lead to alleviating the emotional, social, and psychological symptomology.

Good memories are thought to be stored differently by children than bad memories and therefore dissociation can occur which is a form of avoidance and can leave the trauma buried in the subconscious of children. It is a coping mechanism whose ill effects might not show up until adolescence or adulthood. Some clinicians believe firmly that the trauma must be remembered and relived while others believe strongly that this only prolongs suffering and that dealing with the discomforts of trauma should be addressed only.

These three types generally occur as the result of some type of trauma and have been identified worldwide. Depersonalization—Derealisation is a syndrome of psychological impact that exhibits as a feeling of detachment from surroundings and the lives of the affected individuals. Dissociative identity disorder presents as an individual that seems to have two or more entirely different personalities.

This disorder used to be a mystery to psychiatrists and psychologists worldwide decades ago when it was called Multiple Personality Disorder. Affected individuals do not have several different personalities but instead have different affectations that present themselves. Movies and books were made about afflicted individuals that riveted individuals worldwide. Demonic undertones used to be placed upon this disorder as not much was known decades ago. MPD was debunked and renamed Dissociative Identity Disorder as it was promoted by the media when called MPD and led to stigmatization by a society of suffering individuals.

Dissociative amnesia is another name for the “encoding” that occurs after trauma where memories are buried deep in the subconscious and many symptoms such as disorganized thinking, inability to feel genuine happiness, or isolation from society can occur.

Reliving and remembering trauma is no longer necessary

Treatment and alleviation of symptoms is now the focus and overall well-being is sought, as opposed to reliving any traumas that only exacerbate the suffering. The old school methodologies of trauma relief have improved and now traumatologists, who specialize in trauma, can safely help individuals deal with the consequences and suffering after trauma without exposing the victims to the agony of reliving traumatic moments. Even if memories are not repressed there seems to be no need now to relive the trauma that occurred.

Newer treatments focus on meditation, relaxation techniques, exercises in which traumatized individuals learn to cope with panic attacks and other symptoms. General refocusing of energy off the emotions caused by trauma is more accepted now and replaced with positive energy output towards goal achievement and other life experiences.

Not all clients that seem to be presenting trauma behaviours or the effects of trauma are necessarily experiencing trauma disorders. There is a myriad of psychological and psychiatric behaviours that can mimic trauma. Personality disorders can mimic trauma disorders, as can manic depression and schizophrenia as well as major depression. Manic depression is also called bipolar depression and is a chemical imbalance in the brain. Schizophrenia is a disease of the brain that causes odd thoughts and hallucinations. Both disorders are treated with medication and are uncurable and studies are ongoing as to causes.

Major depression, however, can be a part of a trauma-induced state, so much consultation, research, and study into the history of each client must always occur before any treatment of trauma. The life history of each client can generally point practitioners of traumatology in the correct direction for a correct diagnosis. Major depression can also be treated with medications but treatment now is more palliative than curative and is more well tied into past traumatic events by the refocusing of energies. Studies are ongoing on all disorders of the mind by health professionals worldwide and major clinics dealing with disorders of the mind.

Trauma disorders are best addressed as soon as possible

By addressing trauma and alleviating the negative emotions, sufferers are less likely to slip into a major depressive episode, which can bring hallucinations and delusions as well. Being cut off from one’s positive energy does deplete the mind, body, and soul, and with the wealth of trauma interventions now available, there is no need to suffer for longer than necessary. Since reliving and remembering the trauma are no longer crucial to alleviation, the costs of course are lower and results can happen quickly.

Seeking assistance now for trauma disorders is also more private and convenient as traumatologists do offer remote assistance. Shame can occur simultaneously with some traumas such as childhood sexual abuse, or other types of abuse such as domestic abuse, and going public with the trauma was a drawback before remote assistance became available.  Because of it, victims may feel reluctant to press charges or testify in court against their abusers. Therefore, it is important for domestic assault attorneys, to present as much evidence of the abuse as they can gather to get the justice that the victim deserves.Trauma practitioners are in demand now, especially after Covid-19 as many individuals worldwide experienced trauma during the past two years. Stopping the suffering of trauma allows lives to go on with joy and fulfillment.

I can give you my dissociative identity disorder and then you can judge again, whether this exists or not. It is definitively not just a “mood swing”, haha :-). I wonder, why they allow people to write on stuff, on which they really have no idea!