by John Grow
in Columnists, For What it's Worth
Reading Time: 4 mins read
4 0 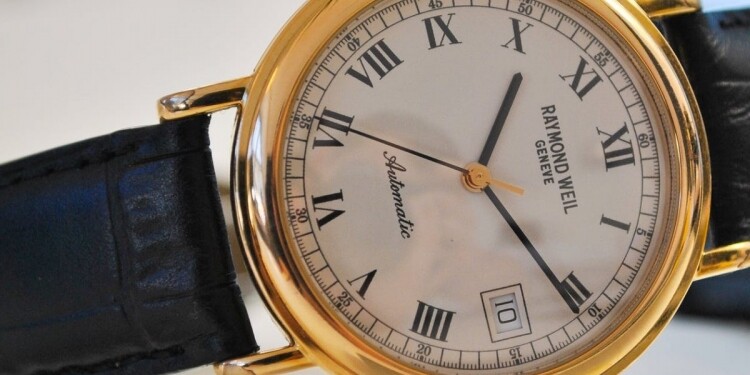 Photo by Philip Lindvall on Pexels.com

In the last issue, I stated that this topic would be about timepieces, watches, pocket watches and clocks. When I started writing, I ended up with more pages, than space allowed. So this month will focus on watches.

The idea of the wrist watch came as a requirement for precise and accessible viewing to see minutes. Artillery officers mounted their pocket watches on a wrist strap, to time when the artillery shelling will stop and at the precise time, attack the enemy position. Pocket watches ruled the day almost until World War II. The Swiss watch makers who controlled the mechanical watch market were heavy competitors. The game changer was the quartz watch introduction, and the entrance of Japanese watch makers like Seiko and Casio. This almost destroyed the Swiss watch industry based on mechanical watch movements. Old established watch companies were faced with a environment that they could not compete in.

How to Beat the Winter Blues – Watch the Monday Morning Motivation show on January 16 at 10am for tools to work with.

The Swatch Group started to produce an inexpensive Swiss watch with style and with a completely different marketing approach. They were successful in selling millions of watches all over the world. They purchased most of the old established mechanical watch movement companies and updated their products. Presently, they own the largest group of watch movement companies in the world. Watch companies around the world use their movements today. Many of the high end Swiss watch makers also produce their own movements in-house. Vintage American Watches,Waltham, Hamilton, Elgin, Bulova, Benrus, Illinois and Gruen were the most popular and well-known. Even Timex was American made. You might have one or a few from your father or grandfather. Many can still be in a operating condition with just a cleaning and oiling by a qualified watchmaker. Many of these watches are sought by collectors. Condition is everything. Some of the companies produced 14K Gold cases & straps. Which has a greater value. If a vintage watch is not working after years of not being used, It’s important to decide to repair a watch or not. The cost of repair might be greater than the watch value. You also have to weight the sentimental value. Is this something that was handed down to you as a family keepsake?

Swiss Made Watches, names like Patek Philippe, Rolex, Breguet, Jaeger-LeCoultre, Blancpain, Zenith, Tag Heuer, Tissot and Omega are the most common. Whichever brand you might have, the common factor upon examining a vintage Swiss Watch is perfection. You will not see wear & tear on the case, The colors of dial will remain crisp and clear over time. The mechanical movements are repairable. These watches were made to be passed on to the next generation in the family. At the same time, they did some higher volume sales of base models for retail outlets. There is no best Swiss or American watch, its more of what is suitable to the wearer and his style.

Here are some of the steps to take to determine value. What to look for.

1.Condition, is the watch case beat up, scratched heavily, not working, the strap or bracelet broke, or visible missing parts?
2.Is the watch dial readable, hour, minute and seconds hands present. Is the lettering clear? Is the crystal lens scratched, or chipped.
3.Is the watch case gold plated, gold rolled (thin gold plate pressed between a copper / steel / brass sheet) or is it marked, 14K Gold. Or Silver, 925%. Or Stainless Steel from the 1970’s onward to present.
4. Do you have any history of the watch, its owner(s), repair history, paperwork associated with the watch.
5.Record any markings, inscriptions, and other watch details, you can find on the casing and dial. If you feel that a watch is in good condition, was working at one time and is complete, then take the best one and do a search for completed sales on eBay. Just looking at what others are asking, is not realistic to determine value. Researching takes time, but you will find something comparable to what you have. If a watch is known as not working, or is missing a crown winder or lens, then this piece can be sold as a parts piece at a reduced value.

Watch Lover’s Dangers: The past few years has seen an increased demand for watches. As a fashion statement, accessory to a suit, or that its different from what everyone is wearing. This has been a boon for persons dealing in vintage watches. It has also opened the doors for a lot of misrepresentation and potential fraudulent behaviors. -Watches that have been repaired with other watch parts, called Franken Watches. Sometimes it could be non-standard hour & minute hands, or a new dial which is not original to the watch when made.

-Watches that have been repaired over and over. The back case has initials of watchmakers and repaired dates so numerous, you would think the whole team signed it.
-Watches with the internal movement replaced by a similar Chinese made mechanical movement. The original movement could be sold or used in another watch that accepts that model. Some original watch movements can sell for hundreds of dollars.
-Super Fake Watches, yes they expertly reproduce many watches of known companies, usually the higher end models. A fake watch can sell for thousands of dollars to unsuspecting buyers. Not only very high end watches end up being copied, but Seiko and Casio have found copies of their popular and more expensive lines. There are companies in undisclosed locations, that have craft watchmakers reproducing Swiss watches. To the untrained and uneducated consumer, this practice is successful and growing. The buyer believes that he or she is getting a good deal. I always hear that it came with the original box and papers. It’s only when I point out all the difference and comparisons to an original model of the same type that they understand. But it’s too late. There is no recourse. And this is very common today. Due diligence is required on the buyers side.
-Its important to enjoy wearing a watch for how it makes you feel. Not because it has some label or name.