by Staff Writer
in You May Also Like
Reading Time: 3 mins read
12 0 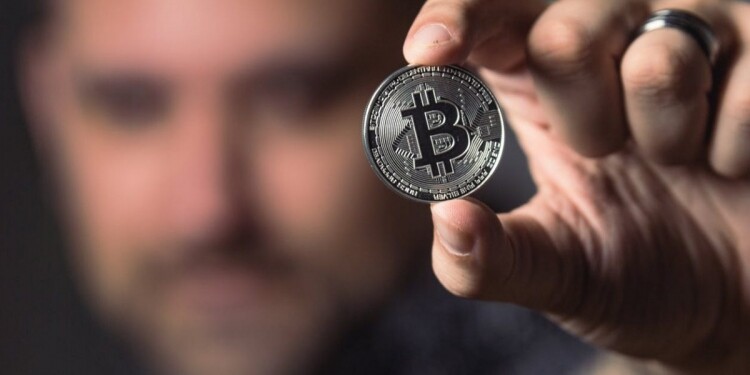 Photo by Crypto Crow on Pexels.com

Bitcoin remains the largest cryptocurrency, by market capitalization, since it was launched in 2009. Not only that, it has emerged as the most popular cryptocurrency in the world. With a fixed supply of 21 million Bitcoin, there is a huge rise in demand as the supply limit draws near. This is one of the things that give Bitcoin value.

As a result, the digital asset is characterized by high volatility in its price. Its value often experiences wild fluctuations within a short period. According to major players in the crypto industry, the value of Bitcoin will keep increasing to reach an unprecedented level due to several reasons, which include high participation by institutional investors and increasing inflation.

Yet, the uncertain regulatory environment that this digital currency experiences in some parts of the world can obstruct its part to great levels. With this in mind, this article will look into the prospect of the most popular cryptocurrency reaching – or even surpassing – the $100k mark. Keep on reading!

As stated earlier, Bitcoin is characterized by a wild swing in its price due to various factors. Bitcoin has experienced a rocky start to the year. Yet, many experts think it can still surpass the $100k mark. According to them, it is a matter of when, and not if.

After all, volatility is nothing new for all cryptocurrencies, including Bitcoin and Tesla coin.

As of the time of writing, Bitcoin’s value has dropped significantly to just over $21,000. This is a far cry from the all-time high value of $68,000 it attained in November 2021. This is due to several factors, including recession fears, rising inflation, and increased interest rates, among others.

The stock market has been followed closely by the cryptocurrency market over the past few months. This simply makes the crypto market more intertwined with the various economic factors across the globe.

When the U.S. stocks rose on Wednesday afternoon after the increase in interest rate by 75 basis points, it represented the highest rise in 28 years. However, the crypto market has been unable to follow in its footsteps. According to Edward Miya, this could represent a troubling sign for several investors.

According to experts, rising inflation, the Russia-Ukraine war, and changing monetary policies represent some of the factors that can drive the volatility of Bitcoin.

It should be stressed that Bitcoin’s value has not passed the $50,000 mark since December 25, 2021. Yet, Bitcoin is more than double the price it was some years ago even with the sharp decline it is currently facing. The wild rise and fall in price is nothing new for this cryptocurrency.

While all these factors are troubling for several investors, experts still believe that Bitcoin is destined to surpass the $100k threshold. After all, these factors can still end up affecting the price of Bitcoin positively. Bitcoin has experienced all these in the past.

According to a recent study by Deutsche Bank, it has been discovered that more than one-fourth of Bitcoin investors predict that Bitcoin will have its value surpass $110k in the next five years. This is a realistic suggestion due to the high volatility of Bitcoin.

However, predicting the prices of Bitcoin accurately is a tall order, especially its exact long-term value. This is caused by its susceptibility to different market factors.

The crypto market has experienced dramatic growth over the past decade. Bitcoin, being the largest cryptocurrency by market cap, has contributed significantly to this growth. Its volatility often causes a massive swing in its price in either direction. Yet, many experts believe it will surpass the $100,000 mark even in the presence of the growing economic factors.