My body, not your choice 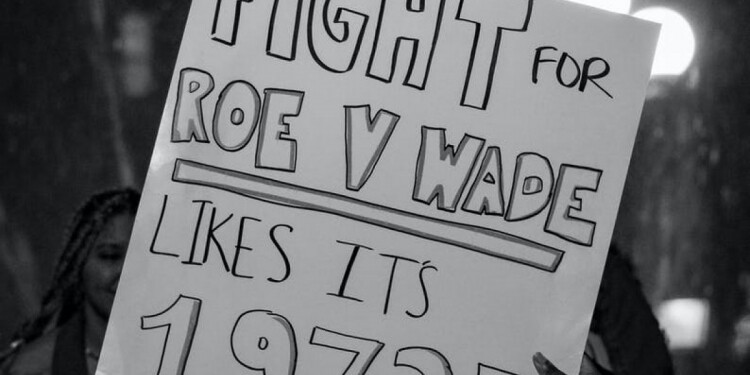 Photo by Emma Guliani on Pexels.com

I am upset that Roe versus Wade has been overturned based on the questionable morality of the money-grubbing religious right. Like most of you, I am seeing women – and men – reacting with incredulity, despair, and outright anger.

What this irresponsible and unpopular “moral” stance birthed into “legal decision” means is that once again, women will bear the lion’s share of responsibility for birth control, termination of pregnancy, 9 months of pregnancy, organizing adoption or raising children they don’t want or can’t take care of properly.

While we know of men who do not engage in unprotected sex and who take birth control seriously, for most of my (long) life, these have been in the minority.

I want to make it crystal clear that what I’m writing is in no way meant to bash men who are loving and responsible. These men exist and they are (or should be) much treasured in our society.

I am writing this because it is time that we legislate the issue of responsibility when it comes to pregnancy and discuss it with transparency and intelligence in society.

Otherwise, these shared responsibilities include raising the child, contributing to its care, material needs, medical care, and education – until s/he is of age to take care of her/himself.

Since I was a girl, we have had one set of morals for women and another for men. Then, women who had sex before marriage were called sluts while men who scored were sowing their wild oats and, if not respected for it, were at least let off the hook as boys being boys.

Many years later, little has changed. We still see a strong misogynist streak in society. I STILL hear shaming commentary about women who are sexually active outside of a serious relationship. If a woman gets drunk at a party, or has had more than 1 lover, she’s “asking for it”, “looking for a good time”, “begging for sex” etc… While that might be occasionally true, we have to remember that the woman doesn’t get pregnant alone.

The guy who gets her pregnant has 50% of the responsibility for that pregnancy. If she is drunk and open for sex, the guy who sleeps with her has the power to say no. Or maybe he’s just as drunk and just as open for sex as her. Or he may simply be a predator availing himself of easy prey. Barring caveats (above), if a woman gets pregnant a man is always 50% responsible.

For the men who are offended by the blaming tone of women brandishing posters “demanding” mandatory vasectomies etc. I ask them to understand that these are reactions of women who have “been there”, women who are scared for themselves or their daughters, women who are fed up with double standards. These few minutes of pleasure can now mean a jail term for a woman – but not the man. The reality is that men have gotten away with minimal responsibility for years thanks to a double standard that has always existed.

I believe that this double standard has been promoted in the teachings of many religions.

In the Christian faith (and others) women have been characterized as temptresses, purveyors of “original sin” and generally shamed in bible stories since the garden of Eden.

While Adam was hanging around checking out fig leaves, Eve, “the temptress”, handed Adam an apple, apparently disobeying God and bringing forth original sin and damnation for the entire human race. How are we so sure it was not the other way around? Did Adam have to eat the apple? No he didn’t. He chose to.

And the story about the “Virgin” Mary. There has been much scholarly debate about the interpretation of the word “virgin” which many contend simply meant “maiden”. The literal belief that a human woman gave virgin birth to the son of God without sexual relations with her husband Joseph has impacted our views of women and their sexuality for many years. She has been granted extra-special status within the Christian faith because of this supposed “virgin” birth feat that normal women cannot emulate.

While some stories in the Christian bible and holy books of other religions seem to offer moral and social guidance – not all of them make sense to me.

Most organized religions promote a misogynistic, second class attitude towards women, giving men dominion over their wives. Women’s sexuality is somehow threatening to men despite the fact that it is as natural as men’s sexuality and without it we would not have a continuation of the human race – unless of course we relied on rape for conception.

Why does this bother me? I am well past childbearing age. It does not affect me at all. But as a woman who has lived through inequality, who has been raped, who has been sexually objectified, who has lost work opportunities (in my time) because I’m a woman… etc, I am upset for other women who are now going to suffer. The loss of the right to safe abortions will impact women of childbearing age significantly – but it goes way beyond that. This decision is meant to threaten and manipulate women; to again make them subservient to men and dependent on men and men’s laws. Worse still, this decision is supposedly directly resultant from human interpretation of religious “laws” that are based on their beliefs in their religion’s “god” – whose existence is yet to be proven or disproven.

If you believe in such a “god”.. that is your business and right, enshrined in our charter of rights. And that includes your right to make your own birth control and family planning decisions – according to your beliefs.

However: Your religious beliefs do not endow you with the right to tell me – or any woman- what we can do with our bodies.