The Wondrous Life of Chantal Gilmour 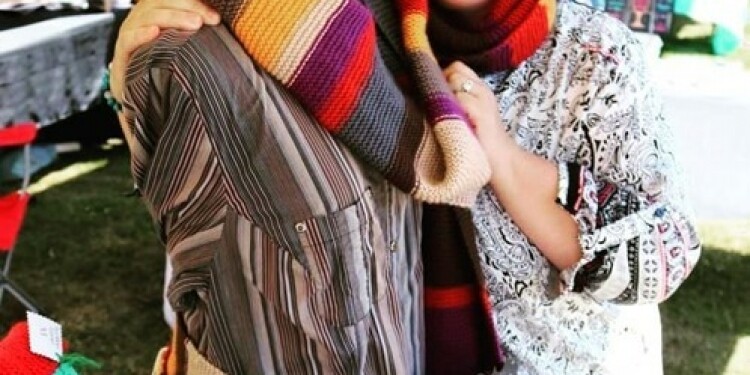 “When I was a kid, my mom would say ‘how everyone was related, so you’d better watch what you say..’, but from where I’m sitting, six degrees of separation looks pretty good”.

During his lifetime, Conway Twitty earned more #1 Hits than any artist in history. Known for holding a soft spot for helping those around him, Conway would tell people, “If you do what you love and you’re able to take care of the people you love, it doesn’t matter what you do.”

Born into the 80s Latchkey Generation, it’s hard to believe Chantal Gilmour was once an introvert. Her parents – both from the outlying areas of northern Ontario & Quebec – knew the value of a hard day’s work. Chantal’s father Yvon was the youngest in a long line of general tradesmen. Of the Silent Generation, he had a way of bringing people together with just a banjo, a steel guitar and a couple of spoons. Born with a stutter that disappeared each time he sang, one might just believe that classic country heals everything.

Chantal’s mother Pauline worked as a janitor for the school board. Observed by her daughter as a very strong woman, Pauline was born with a compacted spine that did little to deter her personal determination or pious nature. With confident assuredness, she was known for helping elderly neighbors in Cornwall’s east end, keep their own houses clean.

A self defined daredevil, Chantal’s escapades zooming up & down bike ramps with scraped knees became a catalyst for good times, tree hugging rituals and the midnight ramblings of a future do-gooder. She always wanted a cat, but for practical reasons her mom could not allow it. Split between her mother’s or father’s residence, Chantal ran away at 15 and dropped out of school. It wasn’t easy with settings as they were, until a chance meeting at the old CB radio club with John Gilmour.

One night at a local coffee shop, John offered Chantal his last cigarette. Something just clicked right then and there. In accepting John’s invitation to come meet his parents, Chantal’s life changed forever.

Photo Credit: Kevin Lajoie Serving as a mentor for several years, John’s mother Norma Shearer, brought her future daughter-in-law through many hardships. From offering Chantal a place to stay, and time to appreciate how far she’d come, Chantal learned what the values of a good education could mean.

With laughter in her heart, Norma taught Chantal her way around the kitchen by keeping her man healthy and happy. Chantal believes that when she takes care of John, he can then, take care of her.

Anyone with fibromyalgia knows that trying to do too much can trigger a flare. Most commonly affecting women, fibro is often linked to psychological stress or even traffic collisions. And just like that, Chantal was hit by a car.

In her fight for ODSP, Chantal approached Tri-County Literacy, and got her GED once and for all as a mature student of 25. https://tricountyliteracycouncil.wordpress.com/

It was the tipping point. The ladies of Tri-Country were so impressed by her determination to learn, they suggested Chantal keep following their course outlines to better her life skills. In the next big step for what was to come, Chantal taught herself to knit by watching an online video.

A suggested remedy for anyone living with fibromyalgia is to make good use of the energy you have. Like her musical hero, heard every Sunday morning on CKON, Chantal’s quiet ambition helped both she and John create Warm-Up Cornwall, an initiative of knitting scarves and mittens for this town’s marginalized. Word travelled fast, as strangers began donating yarn, both personally and privately. Insert smile here. https://theseeker.ca/2015/01/keeping-cornwall-warm-one-scarf-time/.

A few years in, the Red Cross reached out and donated all of their stores. To date,Crazy Knitter Creations have donated over three hundred sets of winter gear since January of 2015.

Five years ago, the Gilmour’s joined the Optimist Club of Cornwall. Like Cornwall’s OCOT (Our Children of Tomorrow) of yesteryear, today’s Optimists raise funds to support many local organizations in the Seaway Valley. From either end of the spectrum, mentoring & volunteerism hold equal merit for young and old. This year’s in-person return of Ribfest is perhaps the Optimists largest opportunity to support Cornwall’s youth programs, but for Chantal it’s like coming home again.

Since bringing their children into the fold of the Junior Optimists, Chantal & John have come full circle.

Holding tremendous respect for the women who have supported her, Chantal can now do for those Optimist kids, what she could not do for herself, when she was young. With as much love & spark as a plate of Chinese food builds itself, Chantal’s mountain of mentors have kept this earth-child’s daredevil spirit, alive and well.