by Staff Writer
in You May Also Like
Reading Time: 5 mins read
27 1 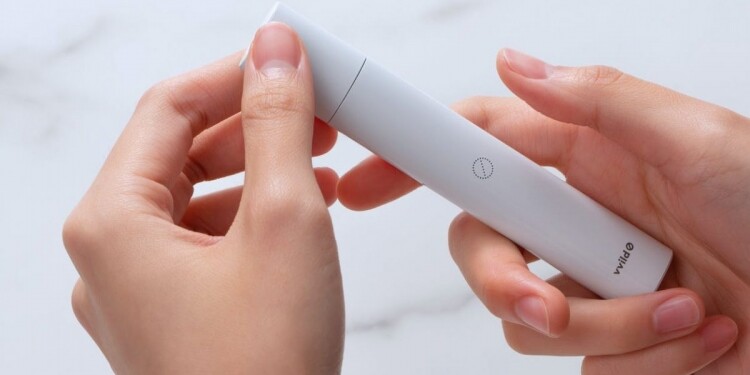 Photo by Thorn Yang on Pexels.com

Lifestyle Tips for Smart Shopping: 6 Ways to Use Coupons

Are Lab Diamonds Here to Stay?

The world is increasingly paying attention to electronic cigarettes. The gadget itself is no longer unique since it has gained widespread acceptance. Newer models replace outdated ones, and tobacco smokers are moving to e-cigarettes. It has long been known that this way of smoking is less harmful to the body. Compared to tobacco smoke, the vapor that the e-cigarette emits is considerably pleasant. E-cigarette liquid comes in various flavors, many of which are available.

What Then Constitutes an Electronic Cigarette?

The gadget’s three primary parts are the battery pack, the liquid tank, and the vaporizer.

The battery pack may be integrated or separate. It provides the wax vaporizer (https://vapingdaily.com/vaporizers/weed-pens/best-dab-wax-pen/) with energy when needed. A single button push is required to supply the voltage to the devices. Special microcircuits defend against undesirable elements (short circuits, incorrect resistance).

The means to regulate battery power, mode of operation, temperature control, charge control, passage function, and detachable battery are some of the functional elements of battery packs. Both manual and automated control methods are available. To release steam in the manual, a user must push a button. It is frequently utilized since it is easy to use and dependable. The production of steam occurs automatically thanks to a switch. It is turned on by someone puffing a cigarette. Although convenient, this approach is not entirely dependable because there have been instances where e-cigarette has caught fire. However, these are singular incidents, and if the gadgets in question had been bought from reputable suppliers, this probably would not have happened.

The typical battery has a 1000 mAh capacity. It should provide the energy needed to smoke 1.5 packs of cigarettes. However, the best wax pens can have even more powerful batteries than 5000 mAh.

Variable Wattage or Variable Voltage may be the way of operation. The battery in the Variable Voltage has a chip. It helps maintain a constant voltage supply. The voltage can be changed at the user’s choice. You may choose atomizers with various levels of resistance for such a battery. It is sufficient to control the incoming voltage to do this. This sort of electrical chip, known as variable wattage, enables the coil voltage to be maintained despite the evaporator’s resistance. Everything is automated; the user merely controls the power.

Steam does not overheat thanks to the temperature control mechanism since the maximum permitted coil temperature is regulated. Providing the wire is composed of metal with enough temperature resistance. The user may learn how much charge is in the battery thanks to the charge controller. Thanks to the passthrough feature, you may use a dab pen while charging. Any comparable power source can be used instead of the detachable battery. Lithium batteries are the most widely used batteries. They are both extensive and spacious. However, there is a higher chance that they will catch fire if their integrity is compromised.

Some people believe that this atomizer optimizes the flavor of the vapor and produces more vapor than other vaporizers of its kind. A synthetic substance that is positioned in a circle of the coil in the cartomizer holds the vaporizing liquid in place. These components were contained in a piece of metal that resembled a sleeve. Later, a container with the liquid took this design’s location. This design’s drawback is that it frequently leaks. An atomizer, often known as a clearomizer, is a device that connects a smoking mixture to a steam chamber. The heating may be changed in more recent versions. Clearomizers are reasonably priced. These vaporizers are the most popular because of their favorable price-to-quality ratio. The tank atomizers have a liquid reservoir, a vaporizer, and a heating element. These models did have some leaks when it came to flipping. Genesis is a vaporizer that feeds liquid to the heating element through a metal mesh.

Vaporizers can be classified as maintained or unattended based on the user’s impact on the tuning process. Serviced models require human interaction, such as winding the coil or changing the wick. Vaporizers that do not require maintenance do not need the wick or wire wound. They merely need the consumable components replaced.

Every producer employs several components. However, since some manufacturers add dangerous ingredients to their products, it is wise to use only tested liquids.

It is important to remember that the potency of the liquid used with the best dab pens relies on the e-power cigarettes and the ratio of its components.

The so-called mechanical mods must be mentioned while discussing the electronic cigarette gadget since they are unique in this situation. The device is powered only by a replaceable battery, and the type of battery used and the battery’s state of charge directly affect how much vapor is produced. It is its critical distinguishing characteristic. Due to their apparent simplicity of use and attractive pricing, such models frequently entice inexperienced vapers, but in this case, you need to pay attention to a few crucial aspects.

First, mechanical mods are unprotected against short circuits, over-discharge, and overcharging; a single error can cause the system to fail. As a result, the vaporizer must understand exactly how a wax vape pen is set up and adhere precisely to all operational criteria.

Second, because most of these versions lack a physical lock key, the user is not protected against unintentional activation of the activation button. Finally, the user will, in any event, need to purchase the batteries (and frequently the vaporizer) separately because they are not part of the regular delivery package of mechanical mods.

People who have smoked tobacco cigarettes long tend to be skeptical of new developments in this field. As a result, they start by looking for the benefits of such an idea. The best vape pen for wax offers various advantages compared to a regular cigarette. The risks of using electronic cigarettes are far lower. Nicotine dosage can be freely chosen (gradual reduction of nicotine in the liquid takes you out of dependence)—significantly less injury to the lungs since there are no tar or soot particles in the cigarette. There is no tooth enamel yellowing. There are several taste options. Electronic cigarettes only minimally harm people around. Some even believe that vaping is less detrimental to health than traditional smoking. They are partially correct since this cigarette does far less harm.

Lifestyle Tips: How to Improve Your Overall Mental Well-Being