The Wondrous Life of Lee Theodore 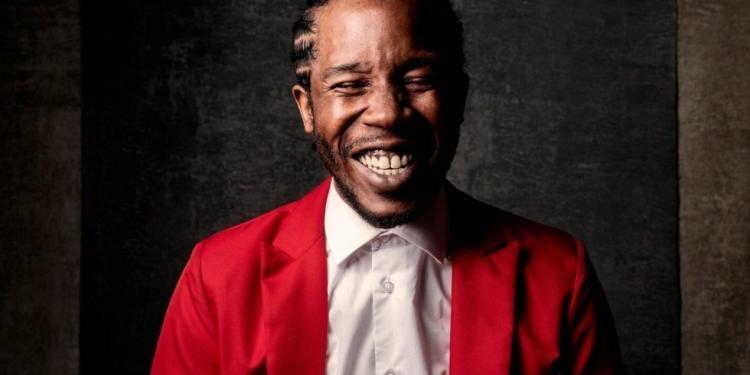 “Small towns hold great promise. Strangers look each other in the eye, hands are free to shake or pick up a paintbrush; skylines are wider, moons appear brighter. It doesn’t matter how long you’ve lived here, as those of the purest spirit make their names in the smiles or handshakes of everyday folk”

In the art of storytelling, a producer holds diversive roles. While Artists know the crucial function of their craft is finding the truth in all situations, producers know that in the end, a person’s story is their own to tell.

A first generation Canadian, Lee Theodore was born in Edmonton, Alberta, to Haitian parents. Known as the poorest country in the Americas, Haiti’s past informs us of its present; forming a resilient people in both nature and beliefs. An attribute proudly found in many Haitians near and far, is their strict adherence to the ebb and flow of natural law and societal consequences.

Lee’s mother Rose-Marie Julien is a natural peacemaker. Raising 3 children, she put herself through college at age 48 with practicality, wisdom and a fully recognizable smile. Teaching her children to love themselves, Rose-Marie is seen as the essence of character and respect.

Raised in a military family, Lee’s father Emmanuel worked as an ironworker in Haiti for most of his life. In skilled perfectionism, his industrious, innovative roots were greatly admired in being able to fix, build and craft a great many things.

Between ages 8-12, Lee and his family moved several times, to the point of becoming community nomads. This rankled Lee so much, he felt unrecognizable to himself and became determined to understand the dysfunction of his family’s troubles. In the constant state of fluctuating moves, Lee attended 15 different schools in four major cities before receiving his high school diploma from Saint Joseph’s Secondary School in Cornwall, Ontario.

Looking for a way out, Lee sought the definition of healthy relationships in everyone he met. Naturally gifted in the Arts, Lee chose to trade the effort of intelligence for popularity. While cultivating a currency of laughter, Lee became adept at helping others in many scenarios.

Within the larger Black culture, an unwritten set of rules describing the etiquette of being polite, borders on racism. Speaking in short sentences-not making any sudden moves-watching one’s body language-don’t say too much-make eye contact, and/or don’t escalate a situation.

These examples are not limited to the many other narratives transferred through oral testament. Living under these restrictions can feel abhorrent but is indeed the reality for a great many people in the experience of everyday life for young Black men.

In the August of his 16th year, Lee relocated to Maxville, Ontario from his home in Brampton. Using a visit to the Glengarry Highland Games for good reason to be in the area, he struck out on his own for a better way, and from that instant – never looked back.

In many moments, Lee realized the countless people around every corner of this great country who recognized a piece of themselves and gave back. Recognizing that another’s happiness could fuel his own, Lee trusted his intuition and god-given sense of emotional intelligence. In the minutia of time travel, Lee is struck with awe, as the great ribbon of life, filled with miracles, stories and lessons.

When Lee was just 15 years old he became an Assistant store manager. His best advice for any up-and-comer is to ‘…suggest we treat every customer like our very own grandmother and take your time while ensuring your delivery was worth them leaving the house for.’ In the depth of past experience, Lee’s efforts are fueled in forward movement. And in golden hues of sunset embraces, the universe brings a sixth sense to Sunday’s Child.

Upon his departure from college, Lee was determined to see a Caribbean restaurant in Eastern Ontario. When asking himself ‘Why drive when you can have it all here, at home?” he, along with business partner, Roger Caron, helped bring traditional Caribbean and Jamaican food to the city’s downtown core.

No matter where he’s lived, music has been a constant. Spiritual stories built within the roots of Reggae, became the bridge that brought The Spicy Pearl to Cornwall.

So many projects thereafter hold their roots in the shared joy of music.

Bringing people together whom you wouldn’t know had things in common – is the greatest legacy for any young man. Lessons in social justice & local causes help Lee calmly take his place within his two cultures.

Seeing himself as an introvert who’s really good at being an extrovert, Lee’s best days are being at home with his daughter, Norah. In the meantime, Lee puts on some Bob Marley, hums himself into a quiet seated pose and readies himself for what comes next.

How You Can Benefit From Picking Up A Foreign Language