by Allen Brown
in You May Also Like
Reading Time: 5 mins read 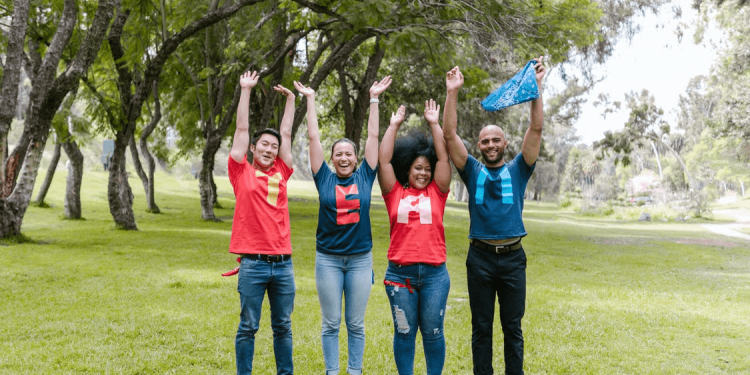 Do you need something to do to help pass the time? Maybe you’re looking for a way to get some exercise without having to go to the gym. Whatever the case may be, we are going to help you find the right games! In this blog post, we will discuss some easy games that you can play without any special equipment. These games are perfect for when you’re stuck at home or when you’re out and about. So, what are you waiting for? Read on to learn more!

Playing games without any additional equipment

Games are a great way to pass the time, but sometimes you just want to unplug and do something else. If that’s the case, don’t worry! There are plenty of games that you can play without any special equipment. All you need is yourself and maybe a friend or two. So, whether you want to generate letters randomly and spell out words or you want to see how long you can keep a balloon in the air, we’ve got you covered. As there are a lot of games that can be played without equipment, we’ve only listed a few here.

This game is perfect for when you’re stuck indoors on a rainy day. Now, yes, this will require some sort of “equipment” if we count paper and pens as such. One player thinks of a word and the other players have to guess what it is by guessing letters. If they guess a letter that is in the word, the first player writes it in its correct position. If they guess a letter that is not in the word, the first player draws one element of a hangman scaffold. The game is over when the second player either guesses the word correctly or when the hangman is complete.

This is a classic game that can be played with just about anything. All you need is something with which you can draw. You will also require something to draw on. One player draws a grid of three by three squares. The other player then chooses a letter (X or O) and the first player marks that letter in one of the squares. The players take turns until one of them has three of their letters in a row (horizontally, vertically, or diagonally) or until all of the squares are filled.

This is a great game for when you’re with a group of friends. All you need is a deck of cards and some chips (or any other form of currency). The dealer deals out the cards so that each player has four. The players then look at their cards and decide which ones they want to keep and which ones they want to get rid of. The dealer then asks a player if they have a certain card. For example, the dealer might ask if anyone has an Ace of Spades. If the player thinks that they do not have that card, they say “I doubt it” and put a chip in the pot. If the player does have that card, they do not say anything. The game continues with the dealer asking different players if they have certain cards. If at any point a player is caught lying about having a card, they lose all of their chips. The game is over when one player has all of the chips or when there are no more cards to be dealt.

Rock, paper, and scissors is a classic game that can be played with just about anyone. For the game, usually, you would need two players. However, the number can go even higher. The game is simple: two people face each other and count to three. On the count of three, both players will reveal their hands which will show one of the three symbols. The rules are very simple: Rock wins over scissors, scissors win over paper, and paper wins the rock symbol. If both players show the same thing, it’s a tie. The game can be played best two out of three or first to ten.

There are so many easy games that you can play without any special equipment. All you need is your imagination and maybe a friend or two. These games are perfect for when you’re bored and they can be played anywhere. So next time you’re looking for something to do, try one of these games. Who knows, you might just have a blast!

How To Create More Space In Your Home? These Useful Pieces Of Advice Will Help You