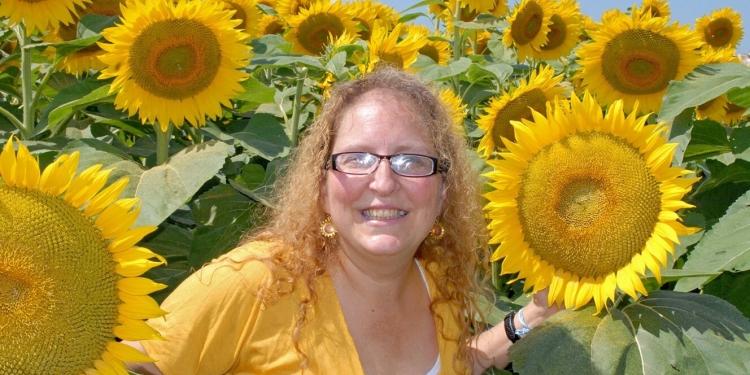 “Bumping into Carol Sauve’s positivity is like an out of body experience. I’ve wanted to interrupt mid-sentence & find out how she does it – but you know – maybe she’s born with it”

Minolta’s founder Kazuo Tashima, was best known for producing affordable cameras with the amateur in mind. Pursuing his ideal turned countless dreams into reality for this generation’s light-workers.

Carol Sauve’s knack for synchronicity is mind boggling when locating dimes and seeing hearts in everyday objects. For her 10th birthday, Carol’s dad George Dumond, purchased a set of aquamarine earrings she wore for years. But it all began with his gift of a 10 mm instamatic camera.

There was never a job too big for George, whose work ethic ran marathons on par with any athlete. Wise beyond his years, he was an astute people watcher. For many, George was a shoulder to lean on. He loved talking to his grandson, watching old movies, did a bit of gambling & had a love affair with food.

Although Carol’s mom Simone was born into a musical family, she’s been a homemaker for most of her life. In younger days she was a dynamo who loved to walk everywhere, and could not sit still. A quick study; Simone taught her girls home-style values, and that fun didn’t have to cost a fortune.

When Carol was 13 she and her dad went to see Footloose. Despite the film winning various awards including a hit song, Carol’s best memories were times spent together with her family.

A couple of years later, she met Randy Sauve at the comic-book store. He was steady on his feet & introverted like her mom – Carol’s complete opposite, and yet she admired his business sense and knowledge of comic books.

When she was old enough, Carol got a job at the Hotel Dieu Hospital as Ward Secretary and served as a weekend Operating Room porter. She also worked the summers at Amoco, and on Thursday nights, she’d work cash at her ‘uncle’ Denny’s smoke shop on Montreal Road. While friendships and jobs piled up, the world watched in awe.

On her 16th birthday, Carol visited GL Photos, and with her own money, purchased an X70 Minolta camera worth $500 – case and all. Like Tashima, whose fascination with the midnight skies became the dreams of a child, Carol’s aspirations of using the camera to her advantage proved a powerhouse overnight.

Through mentoring she received from a teacher at La Citadelle, Carol took night courses in Office Administration at Saint Lawrence College. She did so well in fact, Carol proceeded to earn four additional diplomas in medical, legal and executive secretarial duties; allowing her to work in any capacity, any-where.

Just four years after her dad passed away, she formed a side-gig in the formation of Carol Grant Productions; doing wedding photography and family portraits – smiling all the way.

After work one afternoon in November of 2021, Carol survived a stroke while sitting on her living room couch.

As kindred spirits go, Carol met hers some 25 years ago. Drawn to each other’s energies, the pair began helping others in the community through fundraisers, silent auctions or on the spot donations. Whether tipping a waitress or thanking people for their service, this do it now philosophy, comes straight from comedian Robin Williams, who believed in teaching future generations the importance of their own value.

Crediting an incredible support system, Carol is most attuned to the universe & its messages such as the recurrence of #s 10 and 22.

Fascinated with what her kids are getting up to, there is always time for a bit of gambling. On June 22nd of this year, Carol visited her grandfather’s grave after 10 years away. It was a beauty of a day, celebrating his birthday out there in the sunshine, when a prayer cast upon the wind helped Carol win $6900 at the Charity Bingo.

As electrifying as that experience was, a truer lesson in humility finds us imagining being a kid once more. Of not being in any hurry to grow up and taking life as it comes. To slow down, get away with stuff, and emulate your musical heroes of Motown. The world would be a much poorer place would it not be for Carol’s presence in it, but for Randy’s perseverance at the now infamous summer party where they met all those years ago.

Although we’ll never know for certain, the kid in all of us has much to be thankful for as the creators of CAPE set course on releasing their inner child, making the world a better place for everyone.