by Luci Chang
in You May Also Like
Reading Time: 4 mins read
33 0 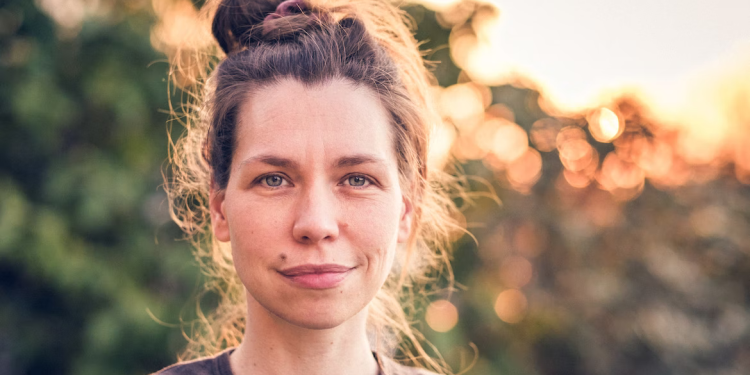 Birthmarks are blemishes that can be present at birth or form over time. They vary in shape, size, and color and can be located almost anywhere on the body. And while some people choose to have their birthmarks removed for cosmetic reasons, others embrace them as a unique physical feature.

Most birthmarks are harmless, some can cause physical or cosmetic problems. In some cases, they may need to be treated for medical reasons. So if you’re concerned about a birthmark, it’s important to have it checked out by a doctor.

A strawberry nevus is a bright red or purple birthmark that looks like a strawberry. It’s made up of different blood vessels in the skin and is usually found on the face, neck, or scalp. Strawberry nevus can range in size from a few millimeters to several centimeters. Most strawberry nevi don’t require treatment and will fade on their own over time. But if the birthmark is large or causing problems, such as bleeding, your doctor may recommend removing it. It can be done with lasers, surgery, or cryotherapy. Whichever method is used, it’s important to make sure that all of the birthmarks are removed to prevent them from coming back.

One of the most common types of birthmarks is a port-wine stain. These stains are flat and usually pink or purple at birth, but they darken and thicken over time. The most common location for a port-wine stain is on the face, so it can affect your self-esteem as you grow older. A common method to treat this type of birthmark is pulsed dye laser therapy, which uses short bursts of light to shrink the blood vessels in the birthmark. This treatment is most effective on small and newly forming port-wine stains. Another option is surgical removal, which can be used for larger and more established birthmarks.

Salmon patches, also known as stork bites or nevus simplex, are flat, pink, or reddish birthmarks caused by dilated blood vessels in the skin and are usually harmless. However, they may be associated with other conditions such as port-wine stains and vascular malformations. Treatments for salmon patches are not typically necessary, but camouflage makeup can be used to cover them if desired. however, if you have a salmon patch on your eyelid, it’s important to see a doctor as it can interfere with vision. In the case of an eyelid salmon patch, treatment options include cryotherapy (freezing), laser surgery, and electrosurgery.

Moles are small, dark brown or black spots that can appear anywhere on the skin. They are caused by clusters of cells called melanocytes, which produce the pigment melanin. In most cases, they are benign. Skin moles can be raised or flat, and some may have hairs growing from them. They can occur in isolation or groups. Most people have between 10 and 40 moles, although some people have more. Most moles are harmless and do not require treatment. However, some moles can become cancerous, so it is important to monitor them for changes. If you notice any changes in a mole, such as an increase in size, change in color, or development of new symptoms, you should see a doctor for further evaluation.

Café-au-lait spots are light brown birthmarks that are usually harmless. They can occur in isolation or groups and are also caused by an accumulation of melanin in the skin. Café-au-lait spots can be any size, but they are usually larger than a freckle. They tend to occur on the trunk and lower extremities and can be present at birth or develop later in life. There is no treatment necessary for café-au-lait spots, but some people may choose to have them removed for cosmetic reasons. This can be done with lasers, surgery, or cryotherapy.

Hemangiomas are benign tumors that consist of abnormal blood vessels. They can occur anywhere on the body, but most commonly appear on the face, scalp, chest, or back. Hemangiomas can be superficial, meaning they only involve the surface layers of skin, or deep, involving the subcutaneous tissue and muscles. Superficial hemangiomas are usually red and raised, while deep hemangiomas can be blue or purple and may be lumpy or warty. Most hemangiomas will go away on their own without treatment, but some may require medical intervention. This is typically only necessary if the hemangioma is causing problems such as bleeding, ulceration, or difficulty breathing. Treatment options for hemangiomas include steroids, surgery, laser therapy, and embolization.

As you can see,  there are a variety of different types of birthmarks, each with its own set of characteristics and treatment options. Some birthmarks are harmless and require no treatment, while others may be associated with other medical conditions. If you have a birthmark that is causing you concern, it is best to speak with a doctor or dermatologist to d