by Editorial Board
in News and Announcements
Reading Time: 5 mins read
40 2 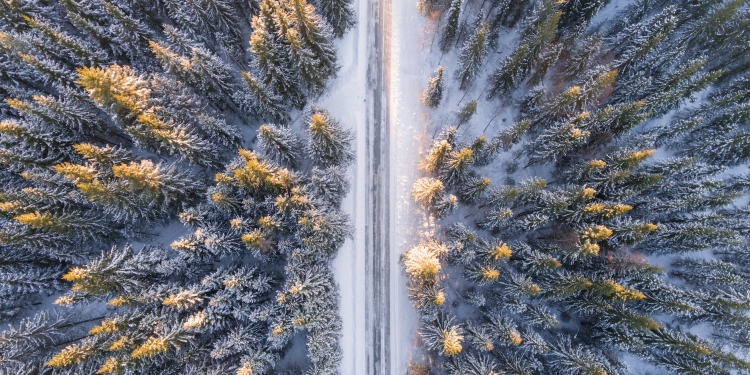 Photo by invisiblepower on Pexels.com

AccuWeather Global Weather Center – October 19, 2022 – Winters in Canada are typically cold and snowy in many regions, but due to the orientation of the jet stream and the climatological phenomenon known as La Niña, some areas will bear the brunt of stormy weather while people in other areas could experience a break on their heating bill.

Longtime AccuWeather Senior Meteorologist Brett Anderson, who has spent decades forecasting the weather in Canada, has put together AccuWeather’s annual winter forecast for the country, detailing what Canadians can expect for the upcoming season.

For the third year in a row, the climatological phenomenon known as La Niña will be present. According to Anderson, it is sure to play a vital role in the overall weather pattern this coming winter.

During a La Niña phase, sea surface temperatures in the open waters of the equatorial Pacific Ocean dip to below-average levels. In an update from mid-October, the National Oceanic and Atmospheric Administration (NOAA) said that the La Niña phase was “still in charge” in the Pacific Ocean and there is a “75% chance La Niña will be present this winter.”

When La Niña is present, an amplified polar jet stream ushers in cold air and more frequent storms to the western half of Canada. While La Niña will be the primary driver of the winter pattern across much of North America, Anderson warns that a slight shift in the wind direction could enhance or counter its impacts.

Temperatures to plummet across the prairies

Unlike last year, when the polar vortex fueled extreme blasts of bitterly cold air across the southern Prairies, the orientation of the jet stream will be responsible for ushering in Arctic air masses, which will send temperatures plummeting across Alberta and Saskatchewan.

Eastern Canada could save money on heating bills this winter

Anderson says residents in much of the eastern half of Canada who are big fans of milder temperatures are in luck this winter.  That doesn’t mean people should cancel their winter ski trips, as Anderson noted, more snow days than normal are predicted for the upper Great Lakes and northern Quebec this winter. He expects “near- to above-normal” natural snow conditions for the skicountry in eastern Canada.

Residents are still trying to pick up the pieces after Fiona brought life-threatening flooding and hurricane-force winds to the Atlantic Canada coast less than a month ago. Fortunately, due to higher-than-average water temperatures, winter will start off more mild than normal, giving residents plenty of time to get everything in order before winter settles in.

See the Full Report on AccuWeather.com >>

Gardening Questions? ... Ask Anna - I think my Yew is dying, how can I fix it?