How the Internet Revived Board Games

by Staff Writer
in You May Also Like
Reading Time: 3 mins read
25 2 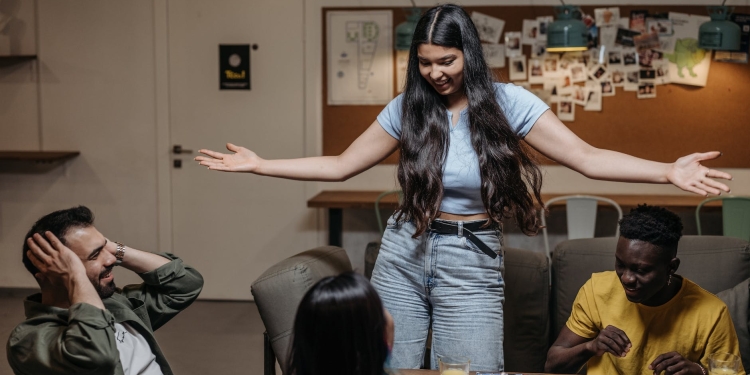 Photo by Pavel Danilyuk on Pexels.com

To think the digital shift would not only help revive an industry as quintessentially analog as the board game industry was, but that it would also elevate it to a projected USD 30.93 Billion-dollar global force by 2028 seems somehow counterintuitive.

Looking back now, however, the perfect storm looks a lot more predictable. Here’s a look back at how the internet revived board games.

The online popularity of board games started with board game communities and forums and has evolved into uncountable numbers of social media groups, blogs, podcasts, YouTubers…

The internet also provided another key ingredient – access. The availability of games has been crucial to the industry’s growth and popularity as now you can find board games online in Canada with seemingly endless selections of games – and have them delivered right to your door. The speed and ease with which gamers can try, and fall in love with, new games and share those experiences online has exponentially increased their popularity.

E-commerce, social media and, of course, crowdfunding have had a big hand in democratizing opportunities for all types of artists and entrepreneurs, and the board game industry is no different.

Passionate board game fans get to support games they love by new and as-yet-unknown game designers who now have a platform to connect directly to their audiences, field test their games and get immediate feedback and funding. The result has been a renaissance in the board game industry with a profusion of creatively-designed games and revolutionary game mechanics.

Digital games have also had a significant impact on the resurgence of board games in two contradictory ways. There are two segments of the (somewhat) recently converted board game enthusiasts – those who turned to board games as a way to disconnect from screens and reconnect with people and those who came to board games through their phones after trying them for free and discovering that playing IRL engages more of your senses and is exponentially more social than chatting.

There has also been a rise in the popularity of streaming board game tournaments that is following in the footsteps of esports.

OTT (over the top) apps, a.k.a. streaming services, have successfully waded into the online and traditional board game market.

When Netflix released its OTT app and board game versions of Stranger Things and saw huge numbers of sales and downloads, HBO did the same with Game of Thrones, and now OTT platforms in the global board game market are attracting big numbers of users, further driving up revenues.

While far from mainstream and forever the “next big thing,” the idea of literally immersing yourself in your favourite game as your favourite character is too tantalizing not to mention. Having VR games designed by board game designers feels like the perfect collab that’s right around the corner.

Cornwall Transit will be offering free transit rides to and from voting locations during the upcoming Municipal Election Day on October 24.