Painting or Planet? The need for activism. 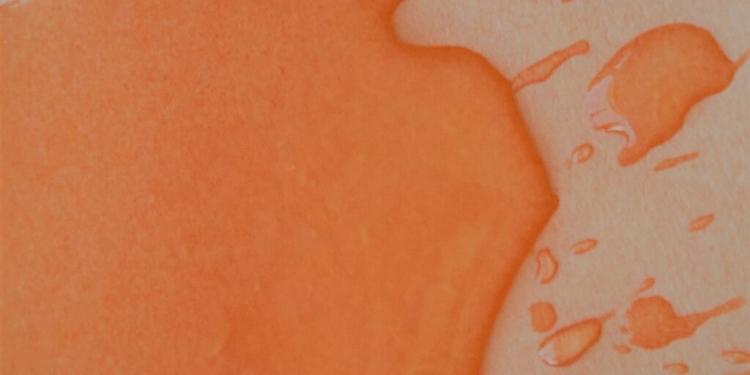 I watched the youtube video of the tomato soup thrown at Van Gogh’s painting “The Sunflowers” by the Just Stop Oil protesters Phoebe Plummer and Anna Holland.

This is their statement: “What is worth more – art or life? Is it worth more than food? Worth more than Justice? Are you more concerned about the protection of a painting or the protection of our planet and people? The cost-of-living crisis is part of the cost-of-oil crisis. Fuel is unaffordable to millions of cold hungry families; they can’t even afford to heat a tin of soup”.

I don’t find anything objectionable in the statements by these young British women. In fact, they give us an opportunity to pause and consider our priorities. Painting or planet?

Their act was carefully thought out. They chose an iconic painting covered by glass and threw a tin of soup at it. They wanted to make a splashy statement to get media attention focused on global warming and they got it.

Despite their good intentions, many people on social media choose to express their outrage at an act of minimal vandalism to avoid looking at the vastly more important big picture. It is SO MUCH EASIER to get outraged at their act than to look at why they did what they did. But sooner or later we MUST look and once we see, we cannot unsee.

Destroying our climate destroys the possibility of life on this planet. This concerns us all directly and if a can of soup tossed at an old painting offends you more than oil oligarchs robbing your children and grandchildren of a future, well I pity you. You’re a soulless shit.

More and more protesters are trying to draw attention to the insanity of “leaders” and corporations investing in new fossil fuel sources when there is overwhelming proof that this energy source is killing us. Some activists do it with relatively calm disobedience like Greta Thunberg who has been on her school strike for 4 years. Others chain themselves to bank buildings, climb bridges and toss cans of soup.

Many of the protesters are young. They face an uncertain future filled with hardships and scarcity because of the greed, laziness and practices of this generation. But some are scientists who know exactly what they’re talking about.

One of them is Peter Kalmus. He is a climate scientist at NASA’s Jet Propulsion Lab. Info about Peter here.

I’ve read articles about Peter and heard him speak and he moves me. He has an expert view of what’s going on because of his work and when he talks, I truly believe that he is desperate for us to see what he sees: a world changing rapidly and becoming unlivable, within our lifetimes. With books, interviews and his own activism he has made huge efforts to get the word out; to warn us.

Scientists the world over have been peacefully warning about climate change for 30+ years. I know because I’ve read/seen it myself. Articles, books, documentaries, commentary – over and over and over.

Despite the information being widely available, the insatiably greedy are still on a path to extract every last bit of fossil fuel income with zero concern for humanity. PBS’s 3-part documentary “The Power of Big Oil” is but one chilling testament to the avarice of oil oligarchs. It can be watched on Youtube for free.

All activists face the same problems: a population that has been rendered lazy and brain-dead by years of “entertainment” and social media and a coordinated network of campaigns that promote the lies of “clean” or “ethically extracted” fossil fuels while downplaying or repudiating the science of climate change by people who have made obscene fortunes in the fossil fuel sectors. Massive wealth buys tremendous political clout. That clout provides them with a majority voice in deciding public policy with respect to continued or further investment in fossil fuel energy versus investment in alternative energy sources.

So we come back to the raison d’etre of this post. Protests and activism. If thousands of calm, scientific warnings don’t work, what will?

I think that we all need to look at our priorities and look at what is happening around us. It’s time we all became activists for our futures – be it from our homes, offices or out in the streets.

There are 2 thoughts I want to leave you with while you consider activism. One is that it is not X Bank or Y Corporation that is investing in fossil fuels but the people who run the banks, and the people who run corporations. They would much rather operate in secrecy because it allows them great freedom but we need to name them and their families and their managers. These problems are caused by people and they need to be made visible and accountable.

Second: It’s time to pay attention to whitewashing campaigns and call them out. Why do you think we are seeing well-produced infomercials on social media that extoll the virtues of fossil fuels or how we in Canada (for example) are somehow extracting this junk more ethically or cleanly?

Limited Space? Here Are Practical Solutions You Will Love