by SeekersAdmin
in News and Announcements
Reading Time: 1 min read
38 1 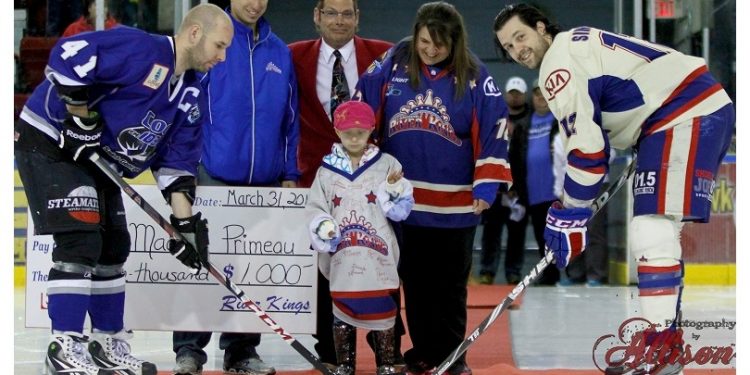 Cornwall Ontario — One of the Cornwall River Kings’ younger fans is in a lengthy battle with cancer and the team and its fans have stepped up to help.

Before Sunday’s 2:30pm playoff game at the Civic Complex the organization and its players presented seven year Madison Primeau with a cheque for $1000 to help her family cover some of the travel expenses to and from CHEO in Ottawa.

The money was raised during a few home games where fans made donations to the Kids Club earlier this season.