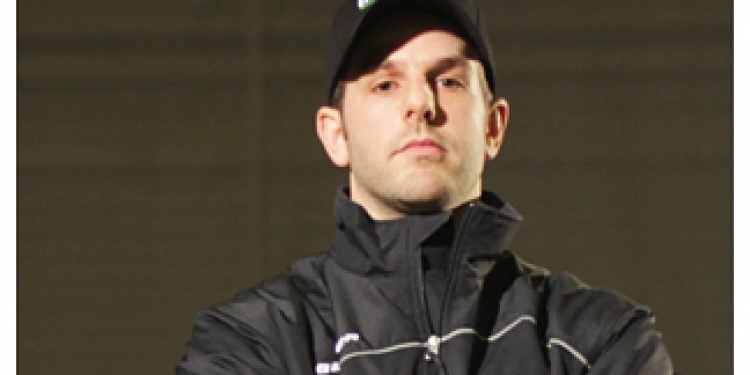 ChooseCornwall.ca — Mat Milberry and his Benchmark Testing team will be at the Benson Centre this weekend working with elite athletes from the area. The athletes are associated with Coach Jeff Gibbs, a South Glengarrian who has made a name for himself by helping athletes reach their potential.

“We will be conducting On-Ice and Off-ice testing, along with a visual training and education session this Saturday morning at the Benson Centre,” said Mr. Milberry. “Jeff is a highly qualified strength coach that trains elite athletes, and I am excited to work with him”.

Jeff Gibbs is owner of Gibbs Training Systems, and is known for having one of the most successful athletic strength training programs East of Ottawa. Athletes go through a thorough physical evaluation to earn a spot to train with Coach Gibbs. He is a former assistant coach with the Cornwall Colts and holds a number of Canaidan and US accreditation’s.

“I am confident there are numerous up and coming  amateur athletes in the area ready to take the next step,” said Coach Gibbs. “Matt and Benchmark Testing will help us determine just exactly where everybody is at right now in terms of performance and conditioning.”

People interested in viewing the testing can drop by the Benson Centre Saturday at the following times:

“This particular testing session is for athletes from Gibbs Training Systems and is very important for Benchmark Testing,” said Mr. Milberry. “We are starting to garner interest from Junior A and University teams throughout Eastern Ontario, and as this will be our first ever testing session geared towards the individual athlete,  its extra important.”

Mr. Milberry will be joined by another local entrepreneur in Beniot Veilleux of Performance Headquarters, who also has a passion for athlete development.

Mr. Milberry is slowly building his reputation and is pleased that people are starting to get excited and are talking about Benchmark Testing.

He will be conducting testing for Kingstons Royal Military College for the 2013-2014 season and is currently in discussions with Queens University Men’s Hockey team, Brockville Braves and Gloucester Rangers of the CCHL. Mr. Milberry has previously worked with the Braves and RMC, as well as the Akwesasne Wolves of the EOJHL.

“We are still at that stage that not a lot of people are aware of the type of sport specific testing we provide for players, parents, coaches and teams,” said Mr. Milberry. “With the success of Saturdays testing we are hoping to garner enough interest that we can run testing, not only for hockey, but for all other sports as well right here in Cornwall at the Benson Centre.”

“I’m trying to also make the Benson Centre the focal point of our testing destination, and each bit of new business helps us create a sustainable model,” said Mr. Milberry. “We also conduct open testing sessions where a player will pay a fee to come run throughout equipment and have their data collected.”