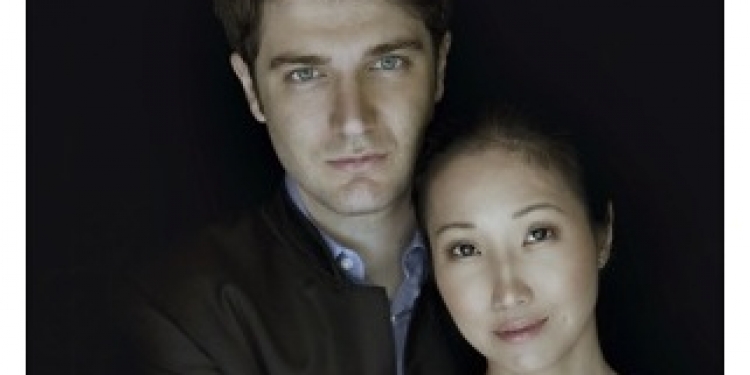 Cornwall Ontario — The final concert of the Cornwall Concert Series 2012-2013 season will take place this coming Saturday evening, April 13, 2013 at Aultsville Theatre in Cornwall at 8 p.m.

The Cornwall audience will be treated to a performance by two great concert pianists, Alessio Bax and Lucille Chung, whose real life marriage has led to one of the best piano duos of their generation.

A musical love story, Bax and Chung first met at a piano competition in 1997. In 2003, the Ottawa Chamber Music Festival had the brilliant idea to put them together as a piano duo at the National Arts Centre for their Piano Extravaganza.

“Lucille Chung, with Alessio Bax an admirable partner, responds with both vigour and refinement to these brilliantly conceived pieces, with excellent character and presence, and the recording offers a splendidly lifelike introduction to the music.” – Gramophone

Performing together on many of the world’s most prestigious platforms, Bax & Chung have appeared in the United Kingdom, Spain, Germany, Italy, Switzerland, Israel, Palestine, Korea, China, Barbados, Aruba, Guatemala, USA and all across Canada.

In addition to their numerous recordings, the duo’s live broadcast performances on CBC radio Canada have established them as one of the most dynamic Canadian piano duos of their generation.

“One of the best things you can say about a piano duo is “they play as one,” and these two certainly did. They opened with quite a splash, the late Polish composer Witold Lutoslawski’s two-piano Variations on a Theme of Paganini. ..Next up was Stravinsky’s original piano four-hands version of the complete Petrushka … All this was played with great panache, the Petrushka scenes vividly characterized.” – Dallas Morning News

Connecting with audiences as a powerful duo couple, Bax & Chung are a perfect combination of balance, unity and individual personalities.

“Good things come in pairs… Pianists of great sensitivity, Bax and Chung are equally matched in virtuosity and temperament — a fact that became abundantly clear in the first movement’s playful cadenza.” – Fort Worth Star Telegram.

Tickets ($25. for adults, $10. for students) will be available at the door on the night of the performance.