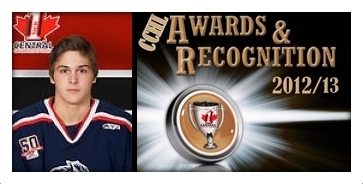 Cornwall Ontario — Cornwall Colts Michael Pontarelli showed exactly why he was league MVP when he scored a hat trick (and also got an assist) Monday night to keep the Cornwall Colts post season dreams alive. Cornwall defeated Carleton Place in a nail biter 4-3 to force a Game 7. Pierre Ouellette had a two point night getting a pair of helpers on two of Pontarelli’s goals. In goal, Jordan Piccolino was solid stopping 35 of the 38 shots he faced.

Economic Development on the Agenda at City Hall