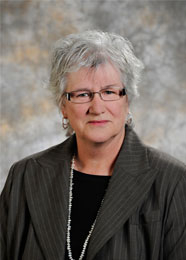 Elaine MacDonald writes: What began as an Ontario initiative in 1979 has grown into an international movement to reduce deaths and debilitating injuries in the workplace through increased awareness, training and legislation. In 1991, Canada passed a proclamation declaring April 28 an international day of Mourning for workers, killed, injured or made ill on the job and now, twenty-two years later, over 100 countries observe a commemorative day. But while commemoration has gone global, the degree to which it has led to increased safety varies around the world.

Sadly, Canada lags behind almost every other OECD country where the incidence of workplace fatalities is declining. For the past 15 years, the number of people killed at work in Canada has risen. Approximately 4 people die at work every day in Canada, and many other deaths are unreported because they are due to diseases not yet recognized as occupational. We can do better. We have to do better. Our laws are among the best in the world but we have yet to bridge the gap from the lawbooks to the factory floor, farm, office and construction site. The Workers Health and Safety Centre has issued a wakeup call to all workers: remember our movement for change. Train for it. Work for it.

Sometimes, training and awareness are not enough; sometimes production pressures, the profit motive or simply greed supercede care and training. Sometimes workers are sent into unsafe situations and disasters happen, such as the Christmas Eve 2009 deaths of four men and the disabling injury of a fifth, while cleaning windows on a highrise. That accident happened five years after the Westray Bill, C-45 was passed and now finally, after another five years, the labour movement welcomes the laying of charges in that case.

People go to work to enrich their lives, not to endanger of lose them. It is incumbent on all of society to ensure that workplaces are safe, that training is conducted, that joint health and safety committees do their work and these sorry statistics begin to decline.

In Cornwall, civic leaders, workers and their families are invited to meet at the Injured Workers’ monument in Lamoureux Park on April 26 at 11:45 a.m., to mourn the dead and resolve to fight for the living. Lunch at the Air Force Wing 424 follows. All welcome.