by SeekersAdmin
in News and Announcements
Reading Time: 5 mins read
18 1 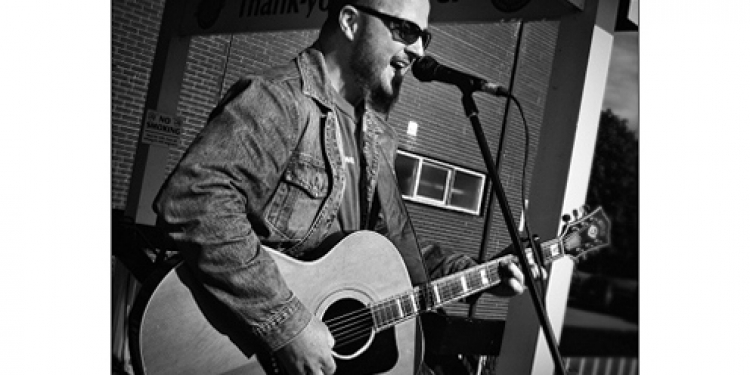 Cornwall Ontario — Graham Greer is an award winning musician and songwriter who has played notable gigs such as Ottawa’s Bluesfest and Cornwall’s Lift-off.

He was also a member of the band Barstool Prophets which released four albums. A quick summary: The band was signed to Mercury Records, a subsidiarie of Universal Music Group, and their music videos were aired on Much Music and MTV. They had a couple of hit songs on Canadian radio in the mid 1990s, and their tune “Paranoia” was included on the movie sound track Never Talk to Strangers.

The Barstool Prophets recently reunited for a show in Cornwall, and now have some upcoming gigs in the works. They are booked to play a concert on Friday April 12th at Mavericks in downtown Ottawa. The event is being presented by The Bear 106.9 FM and by Spectrasonic productions.

In addition to his own music career, Greer is heavily involved in arts and culture in his hometown. He works as Communications Coordinator for Aultsville Theatre, and amongst other things, he volunteers as a lay person on the City of Cornwall’s Cultural Committee. He also mentors younger musicians, and records other musicians songs at his home studio.

Graham Greer answers five questions for the Seeker. This interview was conducted by Jason Setnyk.

1. The Barstool Prophets disbanded in 1999, reunited again for a few shows in the mid-2000s, and disbanded again. Why is the band coming back together now, what is the motivation? Is it for creative and artistic pursuits, pure nostalgia, or something else?

2013 is the 20th anniversary of the release of our indie CD ‘Deflowered’. There had been some talk amongst BP bandmates about doing a few shows this year to commemorate that anniversary. So, when the Hospital Foundation folks contacted me to play a benefit last December at La Maison, I was able to make a few calls and offer them BP instead. The fellas were gracious enough to agree to my plan to do the show free of charge and it offered us a chance to scrape the rust off and see if 2013 shows were even plausible. In the end it was a win/win all around. We were also recently granted clearance from Universal Music to compile a CD of favourites, out-takes and live recordings into a 20th anniversary CD package, so we’ll see how that pans out in the coming months. Barstool Prophets are playing at Maverick’s in Ottawa April 12th.

2. You have played some amazing gigs with your band and as a solo artist, you met with and collaborated with some remarkable people, but is there a single moment or memory that stands out for your beyond anything else? Please share it with us.

There would be two actually: i) Barstool Prophets were the opening band for the first Dave Matthews Band performance in Canada at Lee’s Palace in Toronto in 1994. I had read about them in Rolling Stone the month prior but hadn’t heard their music yet. To see them live that night, and meet such a bunch of down-to-earth fellas on the brink of fame, was truly inspiring. ii) I had the great pleasure of doing a solo acoustic set opening for one of my musical heroes, David Lindley, at the Opera House in Toronto back in 1995. Mr. Lindley is a legendary slide guitarist and multi-instrumentalist best know for his powerful work alongside Jackson Browne and Ry Cooder as well as being creditted with teaching Ben Harper how to play. After soundcheck, he sat with me in the dressing room for 2 hours telling me stories of crazy nights at the Playboy Mansion and answering every single one of my many questions about his instruments and career. I became an even bigger fan that night and bought my first lapsteel guitar not long afterwards. A wonderful human.

3. You are a member of Cornwall’s Cultural Committee, and you studied the Culture Plan. In your opinion what does the City of Cornwall need to do, what do artists need to do, and what does business need to do to increase the viability and visibility of the Art Sector? What kind of infrastructure and/or programs would be beneficial to this region for both artists and economic development through arts and culture?

In my opinion, there is no one answer to ‘increasing viability and visibility of the Arts Sector’; there is no one building or system of programs that is going to serve as a lynchpin to aid the Arts in rolling along smoothly in our community. The broad cross-section of ‘arts-minded’ people (the majority of whom are appreciative of the Arts but not necessarily ‘artists’) who’ve chosen to invest their time serving on the Municipal Cultural Advisory Committee only illustrates the need for broader consideration and open-mindedness amongst all of the groups in all of the realms you’ve mentioned above.

4. You have been a professional musician for twenty-some years, but now you work as Communications Coordinator for Aultsville Theatre. Have you learned anything new about arts and culture and event promotion from your experiences at the Theatre over the past year? Tell us about it.

5. You have helped mentor young musicians, and record musicians at your studio. What can you teach people who are novices to the music industry, and vice-versa what have you learned by working with a diverse group of young aspiring musicians and artists?

I’ve forged my overall life outlook on the basic credo ‘Do what you like and you’ll like what you do’ and I learned very early on that my art works best and connects most when it begins in a place that pleases me, even though it may ultimately be coloured by the musical brushes of other talented folks after inception. I’ve always tried to surround myself with positive, talented people (who aren’t adverse to heavy doses of sarcasm and twisted humour) who share that mentality and strived to enjoy what I was doing when I was doing it. Straying from that credo happens from time to time, but the stray gets easier to recognize and recover from as I get older. I don’t necessarily try to instill my ethic in younger folks I work with, but I’m fairly sure it’s apparent and I hope it gets passed on by osmosis.

Thank you Graham for the interview, The Seeker would like to wish you the best of success!

Graham Greer’s music is available on iTunes, Rhapsody and Amazon, as well as via HMV, mymusic.com and at all Chapters/Indigo outlets.