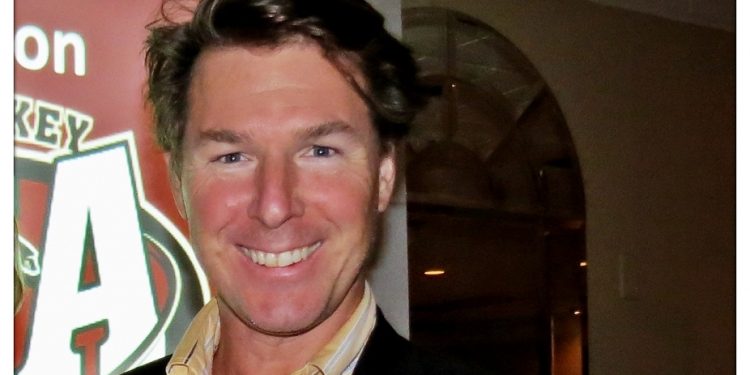 Cornwall Ontario — A local businessman who has helped hundreds of youth achieve their dreams through his support of local bursary programs was inducted recently as an honourary member of the Upper Canada District School Board Champions for Kids Foundation.
.
Andre Pommier, owner of Pommier Jewellers in Cornwall, was presented with the honour April 10 during a fundraising breakfast at the Best Western Parkway Inn attended by members of the educational community.
.
Pommier was chosen because of his extensive work on behalf of students in the community through his support of Teen Cornwall – an annual bursary program that helps area students achieve their dreams of a post-secondary education. Pommier also sponsors a separate bursary program on behalf of his business.
.
He is known in the community for assisting students who need a hand to attend camp and enjoy other activities that make childhood worthwhile.
.
The 49 year-old said he was excited by the honour because of the work Champions does in the community. The charitable foundation, established in January 2008, raises funds so children can play sports, enjoy the arts, and to help families pay costs associated with obtaining medical care.
.
“Our kids are the future of our community and we need to give them the right tools to succeed – a helping hand or a pat on the back – and let them know the world can be theirs,” he told the crowd of 40 attending the breakfast. “And we have to help them because they will be the next leaders of our community.”
.
Pommier is someone who believes in his community. He is a former board member with the local branch of the Canadian Cancer Society, has volunteered with the Canadian Lung Association’s Festival of Trees, and volunteered for several years with the local executive of the United Way. He is also involved with the Benson Centre, and has been a supporter of local fairs, theatre groups and local talent contests.
.
Champions President David Thomas said he has always been impressed by Pommier’s generosity, noting the jeweller has been a big supporter of the Champions for Kids Foundation golf tournament.
.
“André is the kind of man who cares about everyone he meets,” said Thomas. “He is a compassionate, generous soul who knows the importance of giving children that hand up so they can thrive. He is exactly the kind of man we want as an honourary board member for Champions.”