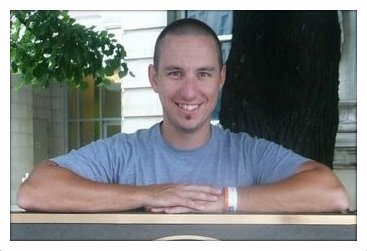 Cornwall Ontario — Rodney Wilson is a sport enthusiast with a background in Journalism. Here are his predictions for The Cornwall River Kings in Round 2 of the playoffs:

It was a wild first round in the LNAH playoffs.
The defending champions from Thetford-Mines were ousted in five games by Trois-Rivieres.
Sorel surprised many by sweeping Riviere-du-Loup in three straight games.
And the River Kings got back to their winning ways with a 3-1 series victory over a team in Saint-Georges that appeared to have its number during the regular season.
Still, Round 2 – the semi-finals – promise to be even more intense as Cornwall takes on arguably it’s biggest rival in Sorel.
There’s no love lost between these two teams and they played close games all season long – with Sorel winning 4 games to Cornwall’s 3.
Loic Lacasse and the River Kings put a difficult regular-season finish behind them with a fresh start vs. Saint-Georges in Round 1.
Saint-Georges had plenty of fire power, but they were shut down thanks in large part to the trio of captain Steve Simoes, Kurt McSweyn and Francis Lessard. When leading scorer Kevin Cloutier was on the ice, more often than not, so too were Mario Joly and Brennan Barker on defence. And Lacasse was in fine form when called upon.
In Round 2, Cornwall will have home-ice advantage (well eventually thanks to the Home & Trade Show) and last change will once again play a huge factor for Cornwall on home ice, as they try to shut down Gregory Dupre, who was second in league scoring with 67 points (32 goals, 35 assists) in 40 games.
The River Kings will also have to keep a close eye on Michael Tessier, who had 46 points (35 assists) in 38 games.
Sorel was one of the biggest surprises in the second half of the LNAH season. And, they dispatched of a struggling but talented Riviere-du-Loup squad in three straight games, outscoring the No. 4 seed 18-6. Their confidence has to be sky-high.
Sorel isn’t a one-line team either. Dominic Chiasson had 6 goals and 2 assists in Round 1. And Eric Doucet is coming off a 3 goal, 2 assist performance in Game 3 vs. Riviere-du-Loup.
Cornwall will once again be led by veteran Eric Meloche, who had 29 points (11 goals and 18 assists) in 31 regular-season games. Meloche has that fire in his eyes and you know he’d love to win one more championship here in Cornwall.
The line of Alex Bourret, Nicolas Corbeil and Olivier Proulx sparked the Kings in Round 1, not only with their offense, but gritty play as well. Bourret and Proulx will dig with the best of them, do all of the dirty work and more often than not, the sharp-shooting Corbeil is there to do what he does best – put the puck in the net.
Look for speedy winger Pierre-Luc Faubert, who is always outworking d-men in corners, to be a factor in this series as well.

Nov. 17: Sorel 4, Cornwall 3 SO (in Cornwall) – Michael Tessier scored the winner in the shootout, as Sorel battled back from an early 2-0 first-period deficit to beat the River Kings. Mario Joly had a goal and an assist for Cornwall.

Dec. 14: Cornwall 3, Sorel 2 (at Sorel) – Kurt McSweyn’s goal with 2:12 to play was the difference as Cornwall edged Sorel on the road. Fred Piche stole two points for the River Kings with a 37-save performance. Olivier Daunais scored twice for Sorel.

Jan. 4: Cornwall 5, Sorel 4 SO (at Sorel) – Sasha Pokulok scored a beauty in the shootout as Cornwall picked up two points on the road. Sorel trailed by two goals in the third period, but battled back with two power-play goals by Maxime Charron and Christian Deschenes.

Jan. 26: Cornwall 6, Sorel 5 (in Cornwall) – Playing in the second half of a home-and-home, Cornwall escaped with a wild penalty-filled win at the Civic Complex. Oliver Proulx’ second goal of the game in the third period was the eventual game winner. Nicolas Corbeil and Mathieu Curadeau each had three-point nights for the River Kings. Gregory Dupre scored twice for Sorel, while Michale Tessier chipped in with a goal and two assists.

Feb. 24: Sorel 3, Cornwall 0 (in Cornwall) – Francis Gourdeau made 37 saves for a rare LNAH shutout in a game that featured an incident that would get national attention. Sorel’s Sebastien Laferriere and Cornwall’s Francis Lessard squared up for a fight but not a single punch was thrown after the two combatants skated around centre ice for a couple of minutes. After serving two for delaying the game, Laferriere and Lessard immediately settled their differences.

March 9: Sorel 5, Cornwall 3 (in Cornwall) – Sorel trailed 3-0 at one point in the third period, but scored five unanswered goals to shock the River Kings.

These two teams don’t like each other and a best-of-seven playoff series will add fuel to the fire. Cornwall proved in Round 1 that even with a young defence, they could shut down some of the league’s elite offensive players. The River Kings must play a simple game, limit the sloppy play and turnovers in their own end. Sorel has good depth and Cornwall will have to play solid defensively. While Sorel’s confidence level is sky-high right now, that’ll be brought back down to earth quickly in this series. The pesky line of Olivier Proulx, Nicolas Corbeil and Alex Bourret will be the difference for the River Kings. CORNWALL IN SIX.

Chive and Nut Spread Recipe - The Dish by Keitha Fisher