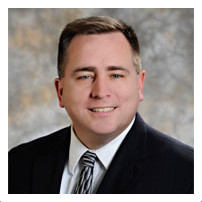 Cornwall Ontario — Spring has sprung and it’s a great time to be a sports fan and hockey fan!  The 10th anniversary of Mike Weir winning the Masters just passed and it’s too bad he couldn’t overcome injured ribs to stick around the leaderboard all weekend. There’s nothing comparable to watching the back nine of the final pairing on  Masters Sunday.

Is it as big as the Super Bowl or Game 7 of the Stanley Cup final? No. It’s just a different kind of exciting that’s hard to explain. Watching Tiger, Cabrera and Scott made me want to begin by yard work that I call golf around local courses. Can’t wait for the local season to begin.

The Colts continue their unlikely run to another CJHL Championship. I’m not the only one who thought this could have been Carleton Place’s year but the Colts are on a roll reminiscent of their first championship in the mid-90’s. Another appearance in the Fred Page Cup would be nice.

Local hockey fans can’t say enough good things about the River Kings first season, no matter how it winds up. It’s been decades since local fans paid this much attention to high level Senior hockey.

And of course, we have to mention that DIRT track racing is only weeks away with the season opening night at Cornwall Motor Speedway. Ron and Carol Morin continue to run a top notch facility and this year promises to be no different. And if you’d like to “tour” with the circuit, Brockville Ontario Speedway (the BOS) is a great way to make any weekend this summer a race weekend. Saturdays and Sundays are about to bring us into a roaring summer.

Ah, to be a sports fan in spring…and I haven’t even written about the NHL or NBA playoffs or the beginning of the MLB season.

This is why Spring is so great and an amazing time to be a sports fan.