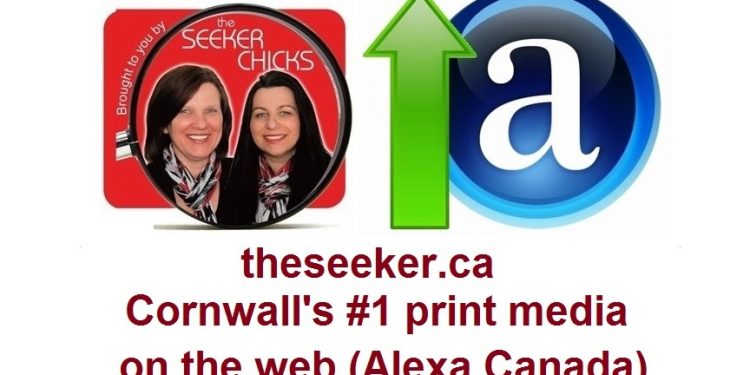 The morning of April 11th 2013 is a special day for The Seeker, because this is the first time The Seeker ranks #1 among all of Cornwall Ontario’s print media newspapers on the web.

This ranking is based on Alexa’s Canadian stats. The lower your ranking the better, so for example Google ranks #1 and Facebook ranks #2 in Canada.

Here is a list of the rankings of Cornwall’s four print media newspapers on the web.

This is the first time the website of another print media newspaper from Cornwall ranks ahead of the Standard Freeholder. Alexa, which is a subsidiary company of Amazon.com, provides stats and rankings for websites. It is not an exact science, however it is the simplest way to gauge the popularity of one website to the next. In addition to the Standard Freeholder, The Seeker also ranks ahead of Le Journal and the Cornwall Seaway News.

A few months ago The Seeker gave it’s print newspaper and it’s website a make-over, we have been working hard to improve content, and improve our social media presence. The hard work is paying off, our web traffic has grown exponentially! We even have a new URL! We are now theseeker.ca (and no longer thelocalseeker.com).

This is an interesting paradigm shift, because the top two rated media websites in Cornwall Ontario on the web are both independently and locally owned. We know that Alexa rankings are not the be all and end all, however being the first print media in town to ever rank ahead of the Standard Freeholder on the web is an amazing accomplishment! At the end of the day we can’t focus too much on rankings, we need to keep focusing on creating the best possible product we can for our readership.

Thank you everyone for reading the Seeker, thank you for visiting us online, and thank you for making us #1 among all print media in Cornwall Ontario on the web.