Community support for Save the Williamsburg Library movement growing strong 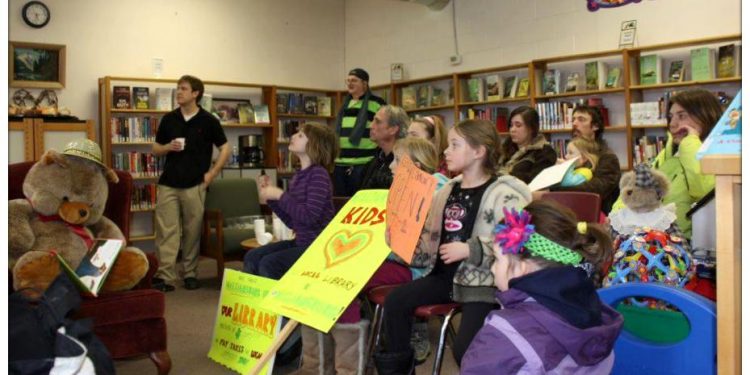 This library is not just a place to stop in and pick up books. “In Williamsburg, it is our local library, which has become the main attraction for many families and individuals” says Pam Rodrigue, Chairperson of the Committee. “It is the public place we bike to, walk to, come to use the free internet, make a photocopy or a fax, and most importantly, discover the world of books, while meeting neighbors and acquiring new friendships.”
The group has presented its case to both the Library Board (March 21, 2013) and the South Dundas township Council (April 2, 2013). Both meetings brought out many South Dundas residents who support keeping a library in Williamsburg. This little branch of the SD&G County Library system is consistently in the top 3 (often #1) in items circulated per hour, even compared to larger branches like Morrisburg and Iroquois, which are open 35 and 20 hours per week respectively. (Williamsburg is open 15 hours per week).
Driving to Morrisburg to use the library just isn’t an option for the residents who haven’t a vehicle or can no longer drive. Many walk or bike to the library several times a week.  Many of the kids in Williamsburg (perhaps even most) are on the bus shortly after 7am and need to get homework done and into bed for the next day.  Their parents are unlikely to keep them up later because just because the library is farther away.  They just won’t go.
Williamsburg residents who commute to work slip out for a few minutes to get to their local library branch, but many won’t have the time or money to make extra trips to Morrisburg.  The impact on the town of Williamsburg would be quite negative if this closure proceeds:  not only has Williamsburg lost many businesses in the last several years, but it appears more and more that Morrisburg is becoming the “capital” of South Dundas.  Does Morrisburg deserve services that other towns do not?
Anyone who would like to help the committee in its endeavour to keep open a full-service library in Williamsburg is invited to e-mail [email protected] or to come to the meeting with the Library Board, South Dundas Council, and Library Headquarters representatives on Thursday, May 9th. The meeting will be at the IOOF hall in Williamsburg at 7:00pm. This is your chance to ask questions and get answers.
Save the Williamsburg Library Committee:
Pam Rodrigue, Lisa Vreman, Judy Barkley, Erica McIntosh, Kharla Ward, Mary Strader, Doreen Liberty, Suzanne Edge, Louise Backes, and Tracy Mayhew

Tags: Arts and CultureSave the Williamsburg Library
Next Post

Air Quality Warning for Cornwall Ontario on Monday May 6th 2013