by SeekersAdmin
in News and Announcements
Reading Time: 5 mins read
33 0 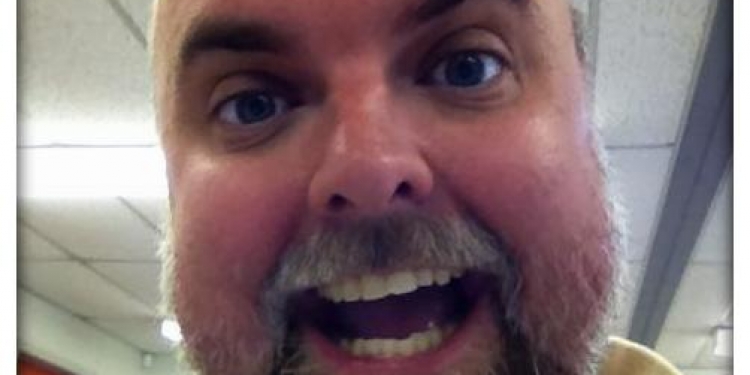 Jason Setnyk: Hi Neil, before we begin this interview, would you please tell our readers a bit about who you are.

Neil Carriere: Hi Jason. So, first of all thanks to the Seeker news for putting out such a great newspaper each week and thanks for asking me for an interview. I’m humbled that anyone would care about my opinion.

As for who I am, I’m just an average guy. I’ve lived in Cornwall for most of my life and I’m a school teacher at St Joseph’s as well you know where I have been teaching for 15 years now. My hobbies include theatre, reading and writing as well as being active at the Cornwall Wesleyan church. I also dabble in stand up comedy and magic and I’ve MC’d weddings, boat cruises and award dinners.

Neil Carriere answers Five Questions for the Seeker. This interview was conducted by Jason Setnyk.

1 – You are a drama teacher. Students learn in the classroom, but teachers also learn though their experiences. What is the greatest lesson you learned as a teacher in the classroom?

First question had to be a tough one huh? It is a tough question because it is so hard to pin down one thing over the 15 years that I have been teaching. I guess the answer would be that I’ve learned that every year is different and every student is different. It is one of the things that I love about teaching. Knowing that I am never going to be bored because things keep changing and evolving and I’ve had to learn to adapt to different students, different classes, different learning styles and teaching styles. Fortunately, I am a creative person and I’ve learned to adapt quickly.

2 – You are a youth group leader at your Church. What made you decide to become more active, and why is it important to have programs geared towards young people?

I started going to the Wesleyan church with my family a few years ago and I was happy with how friendly everyone is there and how welcomed we were and the church became a second family to me. When the former head of the youth group needed to take time off because of health reasons different people kept telling me I’d be perfect for the job. I really felt called to do it so I did. I have found my own faith renewed as a result and I’ve really devoted a lot of time to studying scripture to understand questions I’ve had and trying to understand my own beliefs. This, in turn, has helped me be a better youth leader. We are a small group right now. We meet at the Wesleyan Church at 780 Sydney Street at 6:30 – 8:30 next to Farmboy (shameless plug haha). Each week we get together and we have fun. There are so many ways that youth can spend their time that is not productive or can even be detrimental that I think it is great that we have a place where we can play some board games or some pool and can chat. And yes, we talk about our faith! I know for some people that is a bad thing and I think that Christians can sometimes get a bad rap in most media outlets but I think it is great that young people have a place that is not home, or school or at a regular church service where they can ask questions and explore their ideas and share their own experiences. We have a lot of great youth groups in Cornwall and I highly recommend that teens find one that fits and get involved.

3 – You were once very active in the theatre community, tell us about your experiences doing that.

Yes I have been very involved in local theatre doing shows with local groups like Vagbond, Seaway Valley Theatre company and Cow Patti Theatre. I’ve also helped run shows at our school and I even do some skits for my church. As to the question on if I’ll ever go back…well I’ve never really left! It is true I am not as active right now because doing a play, for anyone who has done one knows, it is a huge commitment of time and energy; both of which I am often in short supply of (chuckles). Sometimes a person needs to rest and recharge and that is what I am doing now. I still keep the theatre bug alive by doing some smaller projects and people keep asking me to help out with things but I won’t get involved if I don’t think I can put in 100%.

4 – What is your philosophy on comedy, what is funny? What made you decide to become a stand up comedian?

There is such a thing as philosophy on comedy? Ha ha. My philosophy is, that I love to laugh. I love to have fun. I’ve had some rough times in life and I find that humour is indeed the best medicine if you forgive the cliche. I don’t think humour needs to be mean or degrading either. When I first started I saw a lot of other comics who did that and I thought that was how I needed to be to succeed, but the opposite has been true. I’ve had more people contact me because I do a clean show and there are not many amateur comics around who do that. Some comics are very successful because they are good at making bawdy jokes but I learned that I am not comfortable in that style and I’ve been told again and again to do what makes me comfortable. I try to find the funny in things that people identify with and usually I take shots at myself because a lot of people can say, “yeah I do that too” and laugh about it. Most people like my jokes because they can relate. I try not to offend or upset and if I do, I am quick to apologize and alter my style.

What is my reaction to Stephan Harper? I’ve tried not to react to anything that Harper has to say about anyone. His negative politics has really turned me off and from what I’m hearing it has turned a lot of other voters off but I guess that remains to be seen at the next election. If I decide not to vote for Trudeau, it will not be because he is a former drama teacher or because of anything else that Harper says. I think that there are a few things that can be gained by being a drama teacher. I would like to say that to be a good teacher in any subject but especially in dramatic arts, creativity is very important. As I mentioned, a good teacher has to learn to adjust and I would like to think that a good leader would need those traits as well. He certainly has charisma on camera and I think that would be a valuable skill that he learned as a’ drama teacher. I would like to think that being a teacher also gave him some practical experience in dealing with young people, who are after all the future of this country and would hope that those lessons would help him to make decisions that don’t disregard them.

I’m going to be watching the next election very carefully and I will be paying attention to what Justin Trudeau will have to say.

Thank you Neil Carriere for this interview. See Neil Carriere perform his talented comedy routine at the Seeker Awards Dinner June 28th at the Cornwall Golf and Country Club. Tickets on sale now!