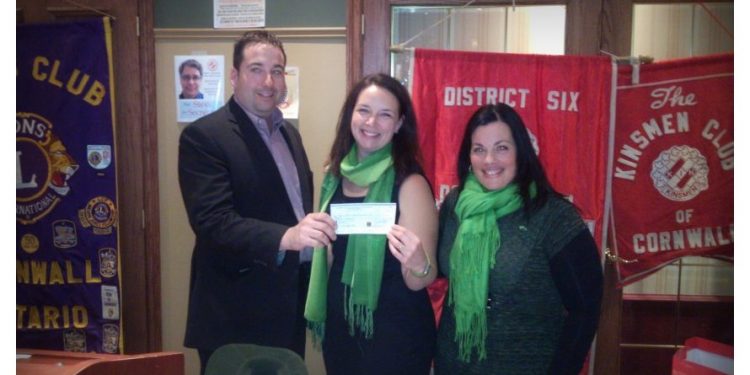 Cornwall Ontario — Kinsmen Club Of Cornwall: President Kerry Adams presenting the Boys & Girls club a cheque totaling $15,000 to show the Kinsmen Club of Cornwall’s continued support of this outstanding community organization. Boys & Girls club do so much for the youth of our community, keep up the good work. All in-car donations from Operation Red Nose go to support Boys & Girls Club. This year that Total was $5,000 Way to go ORN.

In addition to that, Kinsmen Ray Eady of Allstate insurance donated an Xbox to the Boys and Girls club. Terry Skrypny the XBOX guy, did the repair for free. It is community business like Terry’s that make Cornwall what it is. Thanks to Ray and Terry for their support of the Boys and Girls Club.

Tags: Boys and Girls ClubKinsmen Club Of Cornwall
Next Post