Waiter there is too much Pepper in my movie! Reel Fish Stories by John Earle 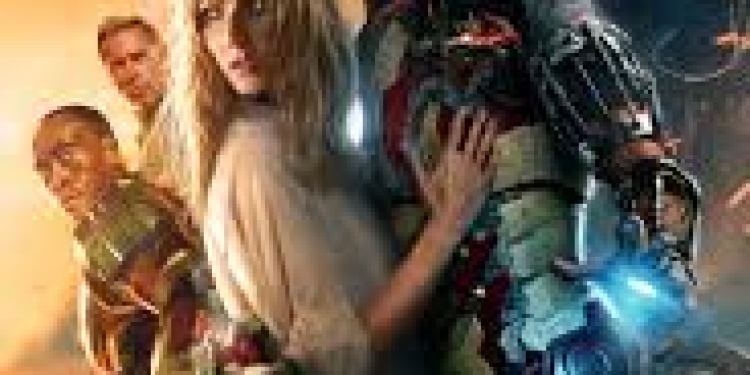 Just when I thought I knew the superhero genre and all it has to offer up, along comes Iron Man 3. Thank you writer/director Shane Black for serving up another helping of punch in the throat non-stop action. Wait a second there’s a whole lot of stopping….

So you’ll have a hard time feeling very sorry for Tony, however I found the approach made this superhero/billionaire/genius/playboy just a little more human. (I did say a little)

I think Black hit it out of the park with IM3. The introduction of the Mandarin (Sir Ben Kingsley) as a maniacal radical terrorist leader is not exactly what you would expect. It truly was brilliant.

While Tony’s world is crumbling (literally into the ocean) and his tech is falling to pieces, we see the human side of Iron Man. The man in love. The man in pain. The man who will do anything to protect those he loves; including Happy (Jon Favreau) who is now head of Stark Industries security, and takes it upon himself to follow the sinister looking Stark Industries guests and uncover the plot of the film. He ends up in a coma.

Don Cheadle reprises his role as Colonel James Rhodes and suits up as “Iron Patriot”, the rebranded War Machine, and plays a fairly important role in the film, as does Pepper Potts, who also finds herself in an Iron Man suit. Come to think of it there are 5 or 6 people in this movie who do.

The icing on the cake for me was Guy Pearce. I am a huge Guy fan and he is on fire in this movie. No literally, on fire. He breathes fire in it! He’s a great villain, who goes through quite the transformation in 20 years.

Of course my favorite scene of the whole movie happens when the terrorists blow a hole in Airforce One and 13 people free fall and Tony tries to save them all before they plummet to the water and die. There are actually scientists who already reviewed the physics (now if they only put their knowledge and speed to good use) and for the most part, the movie fall scene is plausible. Of course Iron Man and Jarvis, Iron Man’s artificial intelligence, save the day by creating a daisy chain which at the end Iron Man gently flings into the ocean. Watch the scene and then look it up online – It’s well worth the read.

For a third installation of a series, IM3 is 12/10. For an action adventure comic film it’s like reading a really good backstory/flashback – this is what life was like before I become a hero. I really enjoyed Robert Downey Jr. in this film. I would gladly recommend it to anyone. Unless of course you have an issue with a lot of the movie being about Pepper. Atchou!

See you at Star Trek!