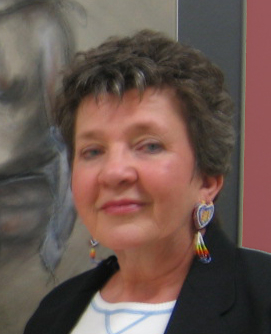 Are we truly free to express ourselves?

In answer to my call to give feedback, Artist Dan Burgess, offered this comment:

“ I share my work around the world and be it with a Buddhist, Sikh, Muslim or Christian, they are all artists without borders and with the scope and vision to see beyond modernization. We each have our own faith and our spiritual needs and are allowed to express them freely amongst ourselves with never so much as a question”

Dan is right about one thing perhaps for the first time in history the modern artist is finally free to express themselves any way they wish but only in the Western culture. There are still many countries where art is censored for subject and overall message. Countries such as Iran, China and in some cases India are still persecuting Artists who dare to speak out on religion and politics. In Iran woman artists are forbidden for simply being a woman many now living in the Western world are writing and painting amazing testaments to the unfair treatment of women in the name of the Koran. In our western culture, although Women are no longer forbidden to be Artists which was true up until the mid 1900’s, we still struggle with the lack of importance attached to some forms of Female art such as Visual Art.

Where the Artist is free to express their particular views on religion there is no end to the diverse work as each expression is as unique as the Artist creating it. I have recently been introduced to Music and Literature that has roots in the Hindu and Buddhist philosophy; this art is rich and earthy while at the same time keeping with the modern feel. Many Christian artists are also bringing new life and colour to their work, gone are the stoic paintings of the renaissance with stern faced figures from the Bible and the colourless hymns from our childhood.

One question I do have is what about the Art that doesn’t agree with religion or shows it in a slightly negative light; is that accepted or is it censored in the arena of public opinion? Think about the stir movies such as “The Secret” and “The Passion of Christ” created. If you are old enough to remember Madonna’s sexual overtones while wearing a Crucifix you will know the negative feedback she received. Last year I wanted to display one of my Paintings called the Gathering, because some people saw images that they thought were Satanic or a group of Witches, I was discouraged. The truth is others saw Jesus and his disciples, everyone was wrong by the way it was just a group of friends inviting others to join them.

Has your work been censored for being too for or against your personal Spiritual beliefs? If so I want to know. Next week I want to look at how our Art feeds our Soul and welcome your thoughts on that topic as well.

The Seeker Issues a scam warning