by SeekersAdmin
in News and Announcements
Reading Time: 1 min read
14 1 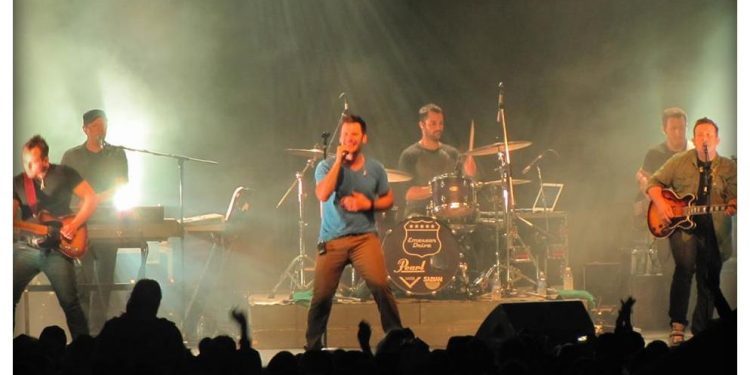 Maxville Ontario — Jeff Brunet said, “I loved being part of the 125th anniversary for the Maxville Fair. The committee and the volunteers for the Maxville Fair did an impeccable job in hosting such an elaborate and outstanding event. Even though the weather did not co-operate for most of the day it did not dampen the spirits for all the people who attended (estimated at 5,000). Switchgear kicked off the celebration for the evening with a string of original songs from their new CD, Country in the City. Switchgear did not disappoint the crowd. Local favourites, Trench Town Oddities took the stage and while it was pouring rain, their fans spirits were not dampened. TTO had the crowd dancing and singing in the rain while they performed their original songs from the Live, Love, Laugh CD. The rain ended shortly before the Oddities left the stage. Emerson Drive took some time out from the studios in Nashville to play a few gigs in Ontario and Maxville was the beneficiary of an outstanding show. Emerson Drive opened up their set with Let It Roll and ended the show with She’s My Kind of Crazy. The diversified crowd of young and old were enjoying every song that they played from their long list of hits. Maxville locals sure know how to party!” Snapshot(s) by Sandra Cryderman.