by SeekersAdmin
in News and Announcements
Reading Time: 2 mins read
47 2 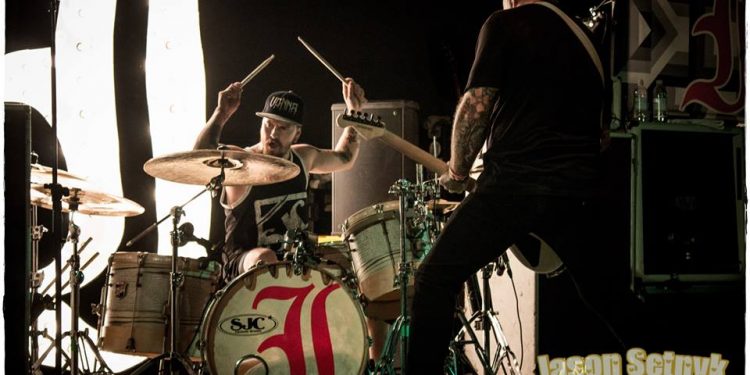 Cornwall Ontario — Every Time I Die with Ryan “Legs” Leger made their Cornwall Ontario debut last night. Ryan Leger who use to be the drummer of popular Cornwall metal band Third South, has now toured many parts of the world with his new band. Well over 300 people waited in anticipation at the Agora to see this talented hometown musician behind the drum kit again.

The debut show of Every Time I Die will be a memorable one. From circle pits to stage diving, the crowd came to life Thursday night. There was a lot of energy as audience members chanted “Lets go Buffalo”. Every Time I Die are from Buffalo New York. The band which has played many festivals including Warped Tour, released their sixth album last year on Epitaph Records. Ex Lives was recorded by Joe Barresi of the bands Tool and Queens Of The Stone Age.

Every Time I Die was very pleased with the turnout. Lead singer Keith Buckley said on the microphone to the crowd, “I never thought I would ever say this, but it’s great being in Cornwall Ontario”. This was greeted with cheers and some chuckles.

Opening the show Thursday night were the bands Partycat, To the Wind, and Structures. Structures are a progressive hardcore band from Toronto Ontario that are gaining notoriety in the metal/alternative music scene with their strong melodies and melodic rifts. They were simply an excellent band to open for Every Time I Die.

Some members of Every Time I Die went to Vu NightSpot in Cornwall for an after party. Vu NightSpot is going to be hosting two excellent concerts this September.

Abandon All Ships are playing Vu on Saturday September 14th:

The Motorleague are playing Vu on Monday September 16th:

Tags: Arts and CultureEvery Time I DieMusicRyan Leger
Next Post