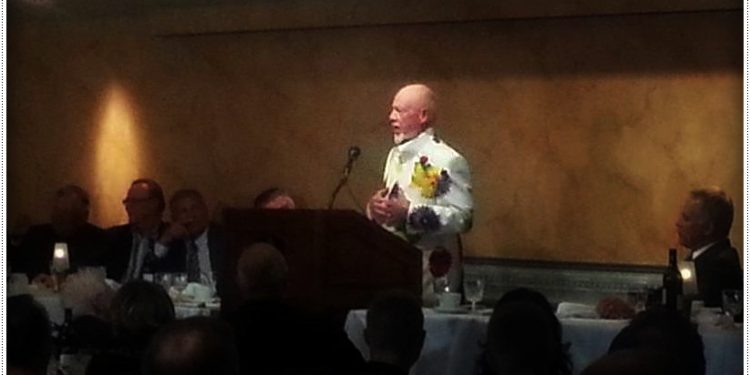 Cornwall Ontario — Don Cherry made a special appearance at the Children’s Treatment Centre Roast of John Wensink in Cornwall Ontario. The roast took place last night at the Best Western. Also in attendance for the roast were former NHL’ers like Terry O’Reilly, Gerry Cheevers, Brad Park, and Rick Middleton. John Wensink who was born in Cornwall Ontario on April 1st 1953 was best known for sporting an afro and being an enforcer in the NHL playing for the Boston Bruins in the 1970s. His best season was in 1978/79 when he had 46 points playing for the Bruins. This photo was taken by David Murphy and used with permission.

Here are snapshots of John Wensink, Gerry Cheevers, and Don Cherry speaking last night. These photos were submitted by Paul Desnoyers. The live auction alone raised over $15,000 for the Children’s Treatment Centre. Congratulations and kudos to organizers and participants!