Patrons of St.Columban Foundation Presents Celtic Concert with The Brigadoons on October 6th 2013 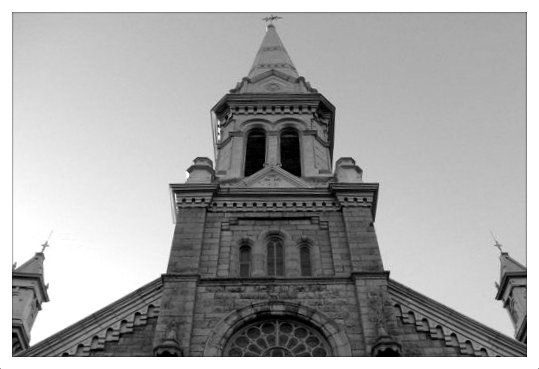 Cornwall Ontario — The Patrons of St. Columban Foundation is presenting a fundraising Celtic concert on Sunday October 6 at 2 p.m. in St. Columban’s Church to raise funds for the restoration work at the historic St. Columban’s Church in Cornwall. The musical entertainment will feature the well known local band The Brigadoons performing the songs of Scotland, Ireland, and Glengarry County.

Brian Lynch, President of the Patrons of St. Columban Foundation has indicated that during the past 7 years the Foundation has been able to raise over $480,000 for the stabilization and restoration of St. Columban’s Church as a result of the generosity of the parishioners of St. Columban’s and the community at large. Lynch stated: “While much work has been done on major capital repairs in recent years, there is still more work to be done. Funds raised at the concert will be directed to the major repair work being done on the church.”

The Celtic concert is one of the several ways that the Foundation raises money for the major capital repairs at St. Columban’s Church. The Foundation also receives donations throughout the year, holds dinners, receives bequests, and sponsors a “Remembering our Loved Ones at Christmas” program.

Tickets for the concert cost $10 and are available at the St. Columban’s parish office during office hours, by calling Brian Lynch at 613-933-8353, and at the door on October 6. Everyone is welcome to attend.

CORNWALL TRANSIT BACK TO SCHOOL PROMO