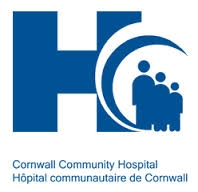 On July 20th 2012, Hank St Pierre was born prematurely weighing just over 5 lbs. The nurses, upon discharge from Cornwall Community Hospital had warned Hank’s parents, Rhiannon and Shaun about jaundice, which is common in newborns and what symptoms to look out for.  His skin did appear yellowish, but it was only when he demonstrated lethargy that his parents knew there was something wrong. Hank was only 5 days old.

“We brought him back to Cornwall Community Hospital where doctor Nchama told us there was something bigger than jaundice going on,” explains Rhiannon. “So they air lifted him to CHEO; Shaun and I drove there which felt like the longest drive of our lives.” Once at CHEO the neo-natal team was trying to figure out why the jaundice would be so severe and so sudden. They tried light therapy with no improvement.  His bilirubin was double what the maximum normal level should be in a baby Hank’s age. If jaundice goes untreated in a newborn, it can lead to brain damage, hearing loss and even death. Bilirubin is a brownish yellow substance found in bile. It is produced when the liver breaks down old red blood cells. Hank’s liver seemed to be destroying too many red blood cells, which is why his bilirubin was so elevated. The team at CHEO decided that a blood exchange transfusion would be the only way to help Hank’s health improve. This is a process where they remove blood from the circulatory system and replace it with new/donated blood. A nurse stayed with Hank for over 8 hours while the process took place. He was at CHEO for a week and his bilirubin was finally at a normal level. He’s now a healthy, active 15 month old.

Every minute of every day, someone in Canada needs blood. It was Rhiannon’s idea (who works in decision support) for Cornwall Community Hospital to become a “Partner for Life” with Canadian Blood Services. By joining this nationwide program, CCH is making a commitment to save lives by donating blood as a team. The need for blood is ongoing and patients that are treated for such things as cancer, surgery and trauma or jaundice like in Hank’s case, depend on a stable supply of blood year round. “Hospital staff see firsthand the need for blood and blood products; this partnership with CCH is a perfect fit,” stated Jennifer Heale, Community development coordinator with Canadian Blood Services. “CCH staff donations will be helping the people they treat in their work every day.” Canadian Blood Services is proud to work with hundreds of corporations and community organizations nationwide. Saving lives together as a workplace is great for staff morale. Team members can book appointments and get a shuttle bus to blood drive locations. CCH’s goal for this year is 25 pledges.

“It’s something that we took for granted, the blood Hank needed was there for him. If no one would have donated, Hank would not be here with us today; I just want us all to give back” expressed Rhiannon.  “This partnership ties in perfectly with our ICARE values: integrity, compassion, accountability, respect and engagement,” explains Jeanette Despatie, CCH Chief Executive Officer.  The partnership kicked off at CCH’s employee wellness fair on October 16th 2013.