by SeekersAdmin
in News and Announcements
Reading Time: 1 min read
30 2 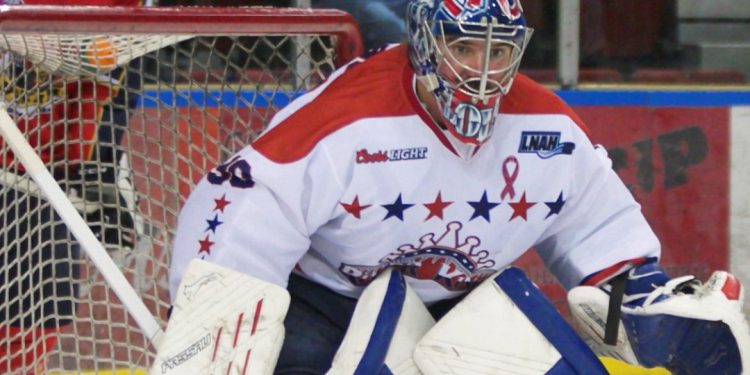 Cornwall Ontario — For the third time this season, a Cornwall Kings player has been chosen as one of the LNAH three stars of the week. Goaltender Loic Lacasse was named 3rd Star today by the league after earning two wins in goal for Cornwall last weekend. In two contests (a 5-4 shootout win at Valleyfield and a 6-1 home victory over Thetford-Mines) Lacasse had a 2.40 goals against average and .939 save percentage. Lacasse (5-5-2) now has a .910 save percentage, which ranks him second among LNAH starting goaltenders. Dany Roussin of Saint-Georges was named the 1st Star after a five-point weekend (2 goals and 3 assists). Sorel-Tracy’s Gregory Dupre had a hat-trick last weekend vs. Jonquiere and it was enough to earn him the 2nd Star.