Media Release from the City of Cornwall : Still Looking for Details of Harbour Development Project

by SeekersAdmin
in News and Announcements
Reading Time: 3 mins read
11 1 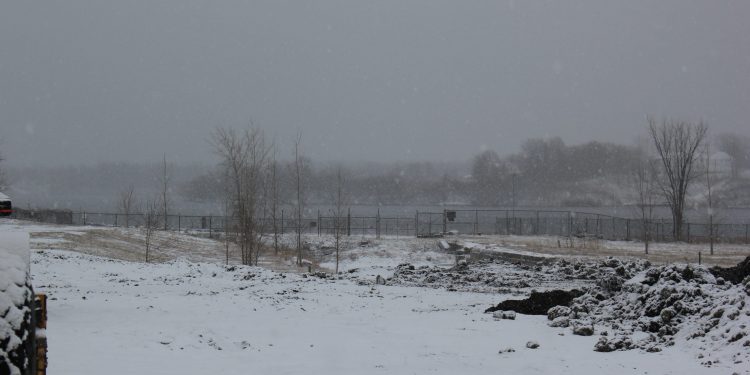 During the past week, Transport Canada has communicated to local media regarding the Trillium Distribution development at Cornwall Harbour. The statement attributed to Transport Canada officials that the City of Cornwall had (or has) received detailed information on Trillium’s operation is incorrect.

“The City has NOT received a sketch for the development, let alone a formal site plan, construction schedule, environmental assessment or technical drawings of any nature,” said Bob Kilger, Mayor of Cornwall. “No applications for municipal approvals (building permit, site plan approval, zoning compliance) have been received and no approvals have been given.”

Mr. Kevin Pollard contacted the City’s Economic Development office in February 2013 to determine possible opportunities for securing existing storage tanks, or potentially building his own. Water access was not stated as being essential. At that time he was provided information on a variety of site options, including the Cornwall Business Park, a former industrial site in the west end of the City, and a wharf in the Morrisburg area. He was alerted to the sensitivity of the Harbour Area given the neighbouring residential and recreational uses, the lack of rail, and the lack of adequate trucking routes to Highway 401. Mr. Pollard did not extend dialogue with City officials following this preliminary and exploratory contact.

No further contact was received until June 2013 when Mr. Pollard contacted City officials on a single occasion to inform them that Transport Canada had agreed to enter into a lease. No further discussion or confirmation of the lease was ever received from Trillium or Transport Canada. No specific details, sketch or site plan was provided. The City recommended a meeting to discuss concerns regarding planning and land use issues. City officials did not provide any approval, verbal or otherwise, at any time. Mr. Pollard did not pursue further dialogue with City officials. Notwithstanding this request, the City has never met anyone from Trillium Distribution.

No further contact was received for several months and City officials believed the project was not proceeding. Once construction was noted at the Harbour Area in late November, Mr. Pollard was contacted to determine if this activity was related to his June enquiry. Mr. Pollard confirmed that it was. In early December Mr. Pollard provided some verbal details about the number of tanks, size and expected transportation activity. Mr. Pollard acknowledged that detailed construction plans existed and had requested that Transport Canada release the drawings to the City. The City has not received any plans of any kind from either Trillium or Transport Canada.

For several years the City’s Planning Department has attempted to further a dialogue with Transport Canada officials with regards to the Harbour lands and other waterfront lands – with little success. In March 2013, the City was assured by a senior official at Transport Canada, that Transport Canada was fully aware of the City of Cornwall’s interest in acquiring the Cornwall Harbour lands, and its desire to see the lands meet the vision of the City’s Official Plan and Waterfront Plan. Transport Canada assured the City that appropriate steps would be taken to ensure the City’s interest was considered before any leases were renewed or entered into at the Cornwall Harbour. This project is inconsistent with these assurances.

The City has not received any sketch for the development, let alone a formal site plan, construction schedule, environmental assessment or technical drawings of any nature. No applications for municipal approvals (building permit, site plan approval, zoning compliance) have been received. Transport Canada has indicated that the Public Port of Cornwall is under the administration and control of Transport Canada and they have proceeded accordingly. No face‐to‐face meeting with either Trillium or Transport Canada officials has occurred.

A meeting was held on December 9 with Doug Smith, Chief of Staff for the Transport Minister, who sought information of the concerns that had been expressed by the public concerning the Cornwall Harbour. Mr. Smith also attended a public meeting on December 11th during which a statement outlining the City’s position was read by Acting Mayor, Councillor David Murphy.

This lack of communication between the Federal Government and the municipality is inconsistent with the normal cooperative experience with recent federal projects in the area, notably: RCMP Detachment, Service Canada Call Center, Federal Bridge Corporation and most recently CBSA Port of Entry.

Construction projects of this nature require significant documentation, including engineering drawings, environmental assessments, traffic impact studies, detailed site plans, municipal and utility service requirements and other detailed documents. The City of Cornwall has not received any of the above documentation on Trillium’s operation at the Cornwall Harbour. Cornwall City Council first discussed and addressed this issue at its meeting on December 9.

This statement is consistent with public statements made by Mayor Bob Kilger and Cornwall City Council.