by SeekersAdmin
in News and Announcements
Reading Time: 2 mins read
29 2 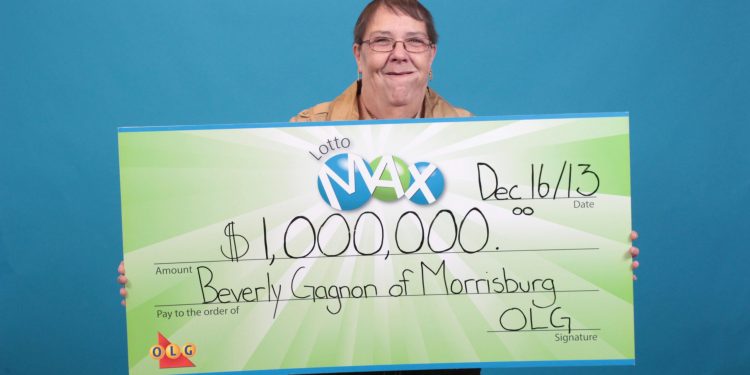 Toronto, ON – Beverly Gagnon of Morrisburg is living her dreams to the max as she won a $1 million MAXMILLIONS prize in the December 13, 2013 LOTTO MAX draw.

“Normally, I buy my tickets in the afternoon but that Friday, my husband didn’t feel well so I didn’t get out,” said Beverly, while at the OLG Prize Centre in Toronto to claim her prize. “But I had that feeling . . . so my husband drove me to the store that evening so that I could get my tickets.”

Beverly and her husband checked her tickets online the next morning. “We were so excited and couldn’t believe that I had a winner. Then we went to the store to validate the ticket and make sure we were right.”

The couple plans to purchase a new car, finish remodeling their house and put the rest into savings.

The winning ticket was purchased at Mac’s on Ottawa Street in Morrisburg.

Since its launch in September 2009, Ontario LOTTO MAX players have won over $1.9 billion in prizes, including 31 jackpot wins and 176 winning MAXMILLIONS tickets from all across the province.

OLG is a provincial agency responsible for province-wide lottery games and gaming facilities. Since 1975, OLG has provided nearly $38 billion to the Province and the people of Ontario. OLG’s annual payments to the Province have helped support health care; education, research, prevention and treatment of problem gambling; amateur sport through the QUEST FOR GOLD program; and local and provincial charities.