by SeekersAdmin
in News and Announcements
Reading Time: 2 mins read
28 0 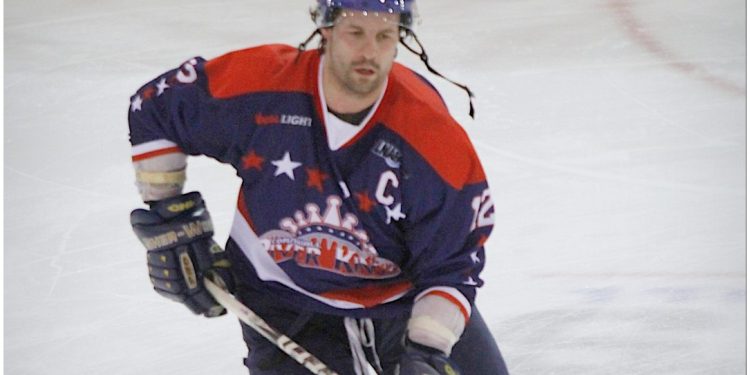 The Vikings went 3-for-9 on the powerplay. With the game tied 4-4, Cornwall was assessed a controversial too-many-men penalty by a linesman with 51 seconds to play in regulation.

In the five-minute extra session, Beauregard’s blast from the point beat goaltender Loic Lacasse up high at 1:07.

The River Kings opened the scoring 2:56 into the game by crashing to the net. After a scramble in front, it was Bobby Mazerolle who finally banged in the loose puck for his 5th marker of the season.

But the Vikings evened the score at 3:39 of the second with the man advantage. Marc-André Huot pounced on a loose puck in the crease after Lacasse was handcuffed on a shot from the point.

Cornwall took a 2-1 lead when Nick Pitsikoulis, left all alone in the slot, one-timed a perfect pass from J.P. Caron past Cousineau at 8:53 of the second.

After Stephane Boileau beat a sprawling Lacasse at 10:26 of the second for another power play marker, Brett Angel restored the Kings lead at 11:05. He capitalized on a bizarre bounce behind the Vikings net, banging home a bouncing puck.

One minute and 24 seconds into the third, Beauregard tied the game at 3-3 when he jumped on his own rebound to beat Lacasse, who had no chance on the play.

Caron scored a highlight reel goal with 4:55 to play for the Kings, beating a Vikings defenceman wide and then deking Cousineau. But the Vikings fought back once again as Beauregard was left all alone at the side of the crease, lifting one past Lacasse with 2:41 to play for his second of the night.

Steve Simoes sparked the team early on with his return to the lineup. The captain, who has been serving as head coach, hadn’t played since last season due to injury. Rick Lalonde took over coaching duties for the afternoon contest, which was played in front of an announced crowd of 928. Simoes contributed with a couple of shorthanded shifts for the River Kings.

Cornwall was 0-for-3 on the powerplay. Trois- Rivières outshot Cornwall 40-32 in regulation.

The announced stars were Beauregard (first), Caron (second) and Pitsikoulis.

After the game, more than 100 fans took the opportunity to skate with their favourite players at the Ed Lumley Arena.