Brock Frost is Standing up for Cornwall

by SeekersAdmin
in News and Announcements
Reading Time: 9 mins read
25 2 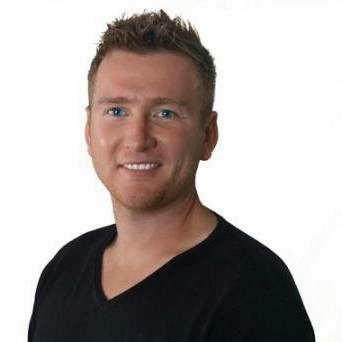 Furthermore, I refused to make any promises that were theoretically based, unrealistic, unreachable or out of the hands of municipal power. My policy ideas are very real, substantially researched, attainable and vastly beneficial to each and every citizen of Cornwall.

Additionally, I will not use nor will I support attack ads or slander in my campaign.While I may disagree with certain individual policies, I believe everyone has the right to express their own views free of personal persecution and negativity.

Lastly, the following policy initiatives are by no means unresponsive to change. They were designed as a result of feedback and comments I have received from citizens and as such, they may change as the needs of the community change.

The Children’s Aid Society and Cornwall Hospice are two of the most important charitable organizations that share our community. The numerous heartfelt stories that I have heard personally has triggered my vast desire to help out in any way I can.

For that reason, I will be proud and honoured to donate my entire salary as Councillor to CAS and Cornwall Hospice equally. Children deserve the best opportunities our community has to offer and everyone, old or young, deserves respect and dignity at their end of life.

Representing my constituents at City Hall would be a privilege and my motivation for Council is not for personal benefit. As such, I believe my salary would be much better utilized by these two incredible organizations. After all, aren’t elected officials supposed to support their community by any means possible?

Lastly, I understand that there will be some people who try to spin this in a negative light. That is just the nature of politics I suppose and truly unfortunate. The truth remains though that if I am elected, I AM going to donate my salary and these organizations will benefit from such. I would ask that anyone who disagrees with this initiative to simply follow in my footsteps and open their wallets as well. CAS and Cornwall Hospice need donations to operate and they most certainly would appreciate the gesture.

Cornwall’s Waterfront – Time to Take Back Our Community

The issue surrounding the addition of storage tanks on our waterfront deeply concerns me for several reasons. First, the public should have been consulted on something as tremendously important as this. Whether Council knew or not in advance is irrelevant – the bottom line is that we as the public were kept in the dark. Second, the addition of storage tanks is in complete violation of our own Waterfront Plan that was adopted in 1989 by City Council. In fact, the Plan even recognized and praised the prior removal of similar tanks.1 Third, and this is the biggest problem Cornwall has faced in sometime, is the complete lack of respect that the Federal Government (Transport Canada) has shown towards the City of Cornwall. I believe our own MP Guy Lauzon was even excluded from these closed-door negotiations.

Unfortunately, the rules are not fair as they apply to lands inside a municipality that are owned by provincial and federal governments. Essentially, they are free to do as they please – exactly what they have done on our harbour front. No consultation, no public inquiries and absolutely no respect. This issue is bound to set a precedent and what will we do when this happens again?

Land inside our City should be owned, or at least controlled, by us. For that reason, my second promise as Councillor will be for Cornwall to acquire (or push for privatization) several key parcels of federally/provincially owned land. We are sitting on excess of 30 million dollars in reserves as a City and these funds should be invested to strengthen our interests as a community.2 Not only will this initiative protect us in terms of how we allow our land to be used, but we will then be in a position to develop for public use and/or resell for private development. More efficient use and control of these lands will surely increase City coffers and help lower the overall tax liability of Cornwall citizens.

The majority of Cornwall citizens are surely aware that the property tax rates in our City are some of the highest in the province. But why?

In 2011, the Community Action Group (CAG) lobbied Cornwall City Council (for the third year in a row) to implement a 0% property tax increase, following in the footsteps of the City of London. According to Statistics Canada, Cornwall had the lowest average household income in Ontario at $53,068 in 2010 however our property tax rates did not reflect this.3 As a result, my third promise as Councillor will be to freeze property and water taxes at the current rates. There are numerous other ways in which City Council can generate more revenue without having the average taxpayers pay the bill.

With that being said, there are certain parcels of land in Cornwall that are also conveniently not paying their share of the tax bill. It is absolutely unfathomable that while the average Cornwall citizen pays the highest tax rates in the province, these powerful entities are receiving a tax break! As such, in addition to my freeze on tax rates, I will also ensure that every property owner starts paying their fair share of taxes.

Please Note: In order to avoid any conflict of interest, I will gladly exempt any properties I own personally from this tax policy initiative.

Public Referendum on Fluoridation of Our Water System

A large group of community health activists has been advocating for the removal of fluoride in our drinking water. This position is also mirrored by renowned medical experts Dr. Kennedy and Dr. Mercola. (http://articles.mercola.com/sites/articles/archive/2013/02/16/fluoridegate-water-fluoridation.aspx) In understanding that this is a controversial subject, one in which both sides of the debate stand firm in their beliefs while others claim it’s a violation of human rights (forced medication), my fourth promise as Councillor will be to hold a public referendum on fluoridation of our drinking water. I am not an expert on fluoride and I believe the public as a whole should have the legal and moral right to make this decision, NOT City Council.

Major Canadian cities such as Vancouver, Victoria, Regina, Montreal and Halifax have already removed fluoride from their water supply. In Ontario, Waterloo, Kitchener and Cambridge have also followed suit. Are these cities all misinformed or did they perhaps see a benefit in removing fluoride? The table below depicts each province and their corresponding percentage of population that have fluoride in their drinking water.4 Interestingly, Ontario is one of the highest.

According to the Finance Department, the addition of fluoride also costs the City of Cornwall approximately $50,000 per year. So the question that remains is, “If we can have cleaner, safer water for our families while saving our City tax dollars, wouldn’t that be a win-win for everyone?”

Section 223.3 of the Municipal Act, 2001 provides that municipalities may pass a by-law to establish the office of Integrity Commissioner. With the recent scandals that have dramatically plagued the Canadian political system, I feel it is only proper City management to exercise this legal authority. With that being said, my fifth promise as Councillor will be to create the office of Integrity Commissioner.

Council must be more transparent as a whole and Councillors must be accountable for their actions. The Integrity Commissioner will serve as an independent, unbiased office whose mandate would be to field complaints and inquiries from the public regarding actions performed by City Council and staff. All municipalities and all levels of government should be subject to integrity checks and I want to lead Cornwall in this direction by setting an example.

Creation of a Cornwall City Council Code of Conduct

Following along the lines of transparency and Council accountability, my sixth promise as Councillor will be to create a Cornwall City Council Code of Conduct (CCCCC). Section 223.2 of the Municipal Act, 2001 also gives individual municipalities the authority (and choice) to create such a code.

All Councillors should follow a code that is beyond the minimum set out in the Municipal Act and Conflict of Interest Act. We must have stricter guidelines for performance, accountability and public transparency in addition to penalties and consequences for breach of conduct.

Creation of an Arts and Culture Department

Cornwall has many creative and talented people, and it’s time to showcase their skills and help put Cornwall on the “cultural map”. Having said that, my seventh promise as Councillor will be to create an Arts and Culture Department. The department would not only serve to promote local musicians and artists alike, but also help to attract outside interest (improving local economy) by hosting a variety of cultural events, shows and exhibits.

Bruce Davis, Cultural Development Advisor for S, D & G and the City of Cornwall claimed, “Creating an Arts and Culture Department within Cornwall is a tremendous step in the right direction. Many other municipalities already have independent arts and culture departments and allocate for such in their respective budgets.”

Interestingly, a key part of the City’s own Culturescape and Strategic Plan is to have representation and support inside the borders of Cornwall. However, the entire cultural development initiative is currently funded by the United Counties, the Province, the CFDC via EODP and the Eastern Ontario Training Board.

The Department would begin as a sub-department of Economic Development (thus not requiring any substantial funding) and work in collaboration with the other municipalities and Your Arts Council Cornwall & The Counties.

Rebranding of City of Cornwall Image

It is no secret that outside our city borders, Cornwall does not have the best reputation. I hear often that Cornwall is the “city that smells” and that it’s a “smuggling town”. In fact, in 2012 Money Sense magazine ranked Cornwall the 167th most desirable city to live in Canada out of a list of 190 contenders.5 For someone who takes extreme pride in our City, I find this particularly insulting. The truth of the matter is however that these two depictions of Cornwall have merit – or at least they used to. Domtar has been closed since 2006 and our problem with narcotics has substantially declined as well. The rest of the world however does not seem to know this!

It is important to think of any municipality as a business. In fact, Cornwall is a corporation after all and as with any corporation, we are in constant competition with other companies (municipalities) to attract customers (citizens). According to the Canadian Census, Cornwall has seen virtually no growth in population in the past decade. In 2001 our population was 45,640 increasing to 45,965 in 2006 and 46,340 in 2011. Put simply, we need to start attracting more people to our city.

My eighth promise as Councillor will be to rebrand the entire image of Cornwall. Under the current budget and through Economic Development, I will lead this initiative and begin marketing Cornwall in a different light. For example, we need to publish information packages on retiring in Cornwall compared to other competing municipalities – Cornwall has a low cost of living, relatively low crime, all the necessary amenities and impressive location. Similarly, we need to begin aggressively promoting Cornwall outside of the city borders. Social media, print ads, an improved website and radio are just a few avenues in which we can finally begin to rebrand our great City.