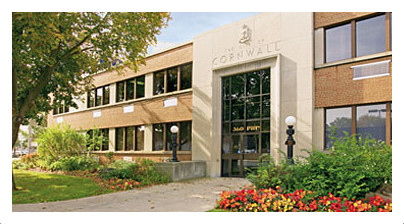 Cornwall Ontario — At a special meeting on February 18th, Cornwall City Council approved a $158-million operating and capital budget for 2014 that supports dozens of key programs, services and amenities in the community.

The budget calls for a 3.2 per cent decrease to the residential tax rate to partially offset rising property assessment values, which will increase an average of 4.5 per cent this year. It marks the sixth straight year that the municipal tax rate has been reduced in Cornwall.

The average residential taxpayer will experience a $18 increase in their municipal taxes in 2014.

The 2014 operating budget totals approximately $152 million and will serve to maintain existing programs and services offered by the City.

It also includes $528,500 of support and in-kind services for partner organizations and community agencies and events.

The capital budget totals roughly $6 million and includes investments in the following:

•        $4 million in asphalt resurfacing and other improvements to roadways and structures
•        Waterfront path enhancements and other bicycle and sidewalk infrastructure upgrades
•        $350,000 in a new gas and leachate collection system at the City Landfill site
•        New municipal works vehicles and equipment
•        Playground structure replacements
•        Interior and exterior upgrades to the Glen Stor Dun Lodge
•        Replacement of ambulances

The spending priorities in the 2014 budget will help City Council and Administration continue to meet the objectives outlined in the City’s Strategic Plan. This will be achieved through projects such as the waterfront recreational path upgrades (waterfront development pillar), completion of an Arts & Culture Needs Assessment and Fire Master Plan (quality of life pillar), active transportation measures (efficient services pillar) and acquisition of additional business lands (economic growth pillar). Additional information on the Strategic Plan can be found on the City Government section of the City website (www.Cornwall.ca).

This year’s budget deliberations benefitted from a wide-ranging public consultation that was carried out in late 2013. Residents were invited to provide feedback on a variety of municipal services, and a total of 384 responses were received. In all 13 service areas presented, a majority of respondents expressed a preference to maintain or increase funding. In addition, infrastructure was identified as a top priority requiring attention, and a majority of respondents believed the City should support community organizations and special events.

In the lead-up to Council’s approval of the 2014 budget, the Budget Steering and Community Agencies Committees held a series of meetings to review requests by various City departments and community agencies in greater detail. Prior to that, Financial Services Manager Maureen Adams and other members of the Financial Services Department met with Division Managers and Senior Managers to review their respective budget submissions.

The 2014 operating and capital budget does not include the water and sewer system, which is billed and handled separately. The $16.2-million water/sewer budget for 2014, which was approved in December, carries an overall increase of 3.84 per cent. For a homeowner with two full baths, an outside tap and a pool, the budget increase translates into an extra $29 on their annual water and sewer bill.

Additional information on the 2014 City budget can be found on the City website.