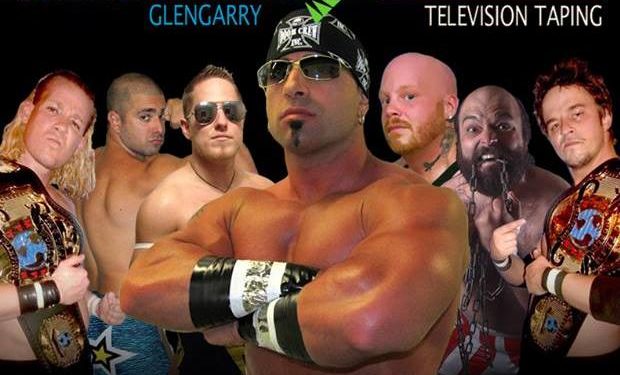 Mecca Pro Wrestling presents “Fight For Equality”, a fundraising event to benefit Community Living Glengarry, on March 8th at the Agora Catholic Centre in Cornwall. This marks the 3rd installment of the TVCogeco tapings for MPW, featuring well over 20 independent pro wrestling stars and a total of 9 matches. The main event of the evening will pit the very popular American Barbarian in a rematch against the newly crowned MPW Champion, Payne. Also on the bill, former friends “The Rage” Randy Berry and Joey Valentyne will collide for the very first time since their fallout in November. Tag Team Champions The Incredible Hunks, Pound For Pound Champion Derric Hamilton, the amazon Persephone Vice, and KL Shock are also among the top names confirmed for this adrenaline fueled spectacle. 100% of the proceeds collected from this event will be donated to Community Living Glengarry. Tickets are $12 in advance or $40 for a Family 4 Pack and can be purchased at Nativity Bowling Alley (301 McConnell Ave.) or by calling Maurice Dupelle (613-577-2740). For tickets reservations, call 613-936-1551.