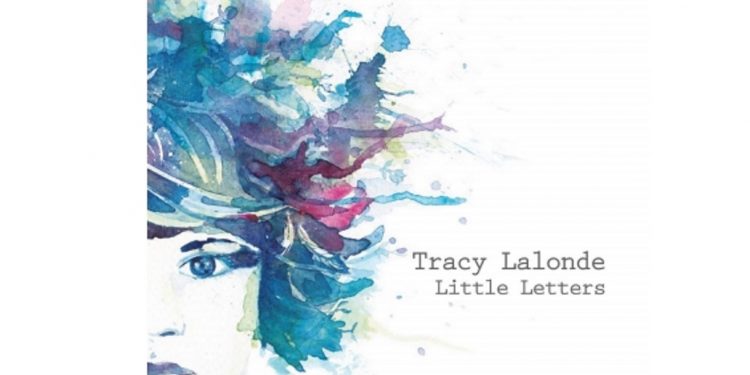 While Tracy has become well-known in the Cornwall area for performing onstage with only her acoustic guitar, the Little Letters EP is inspired by electric demos recorded by Tracy in her bedroom over the past few years and features a vast array of instrumentation ranging from banjo to Hammond organ, to electric guitar, to pots and pans. In the EP’s title track and first single, stunning violin arrangements rhythmically weave in and out of the song’s steady crescendo, finally ebbing into a lingering whisper which begs the listener to relish the calm after the storm before hitting ‘replay’.

Little Letters was recorded and mixed at Greer’s home studio in Cornwall, Ontario, and was mastered in Toronto by Juno and Grammy nominee João Carvalho. With the input of such an exceptionally talented team, Tracy Lalonde delivers a polished début effort.

Tracy plans to promote the EP with Canada-wide campus and community radio distribution, a music video for the title track (due late-March/early-April), and immediate plans for Ontario dates with a new band are being finalized.

Little Letters will be available for sale digitally via iTunes for $4.95 and physical CD copies will be available at the Grind and online through www.tracylalonde.com priced at $7.00. All three CD Warehouse locations in Ottawa will stock the EP, with Cornwall-area merchants to be confirmed.

Tracy graciously recognizes both the City of Cornwall, and the Ontario Arts Council for their generous support and involvement in this project.