Abandon All Ships sails to Cornwall for a concert

by SeekersAdmin
in News and Announcements
Reading Time: 1 min read
28 0 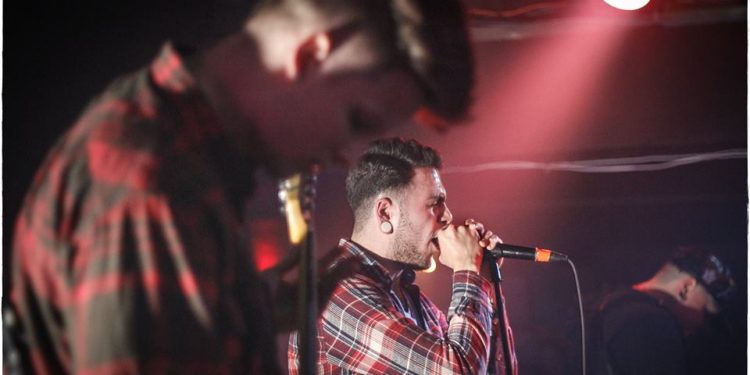 Cornwall Ontario — The coloured lights beamed on the stage, the fog machine created atmosphere, and the volume on the PA system was cranked to ‘loud’. Vu Nightspot was the setting of the Abandon All Ships show Friday night in Cornwall.

Abandon All Ships are a Canadian metalcore band hailing from Toronto Ontario. The band is signed to Universal Music Canada and has had videos featured on Much Music televsion. Last month they released their third full length album entitled Malocchio.

In support of the new album the band is currently on tour with Palisades and Skyent. Party Cat and Here Comes Bigfoot also played the Cornwall show last night.

Abandon All ships mixes screaming vocals with melodic backing vocals which creates a pleasant juxtaposition. The bands music is a fusion of metal and electronic, which also creates a fascinating contrast.

The show was well received by music fans. There was a lot of energy in the crowd. There was dancing, jumping and synchronized clapping.

Local music fan Kylee LeClair said, “The show last night was amazing. All the bands played such a great show, they crushed it!”

Jamie Maracle, the manager of Vu, had similar sentiments.

“The Abandon All Ships was awesome to book, I’m so happy Vu can offer a venue that can draw such great talent to our City”.

The next big concert coming to Vu Nightspot is Protest the Hero, Intervals, The Motorleague, and Dreamer/Deceiver on Tuesday April 15th. Advanced tickets are $28.

River Kings to face off versus Marquis in Playoffs