by SeekersAdmin
in News and Announcements
Reading Time: 1 min read
11 1 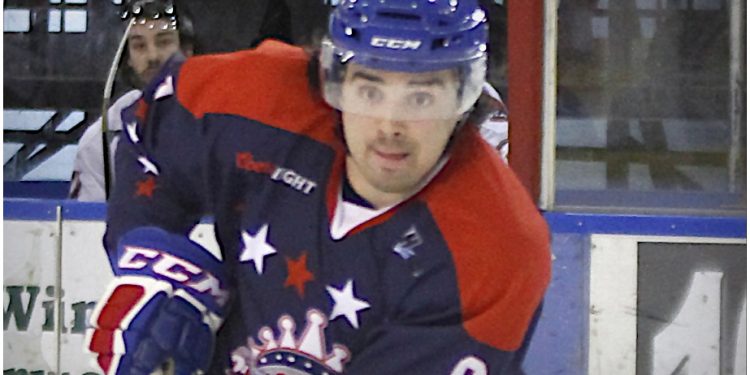 JONQUIERE – Jonathan Paiement’s three powerplay goals were the difference as the Jonquière Marquis skated to a 7-4 victory over the visiting Cornwall River Kings on Friday night.

Jonquière led 5-0 midway through the second period. Simon Laliberté and Marco Charpentier each had a goal and three assists for the defending champions.

Bobby Mazerolle, Pierre-Luc Faubert, Julien Corriveau and Sasha Pokulok had the River Kings markers. Cornwall was outshot 47-29 in front of an announced crowd of 2,192.

A Cornwall victory on Monday would force a deciding Game 7 on Wednesday in Jonquière. Trois-Rivières (No. 1 seed), Sorel-Tracy (No. 3) and Thetford-Mines (No. 4) have all moved on to the semi-finals, which will begin next weekend.