by SeekersAdmin
in News and Announcements
Reading Time: 2 mins read
30 0 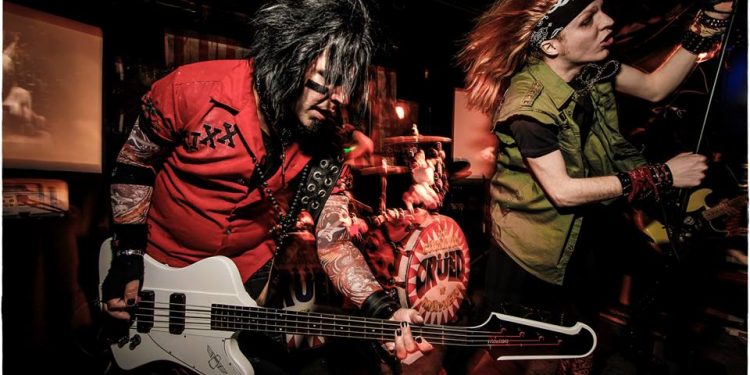 Cornwall Ontario — Motley Crue tribute band Crued returned to La Maison Tavern Thursday night. Once again they played a full house. Adorned in costumes and make up they played all the Motley Crue hits. There was lots of energy and movement in their set, and they successfully recreated the Motley Crue experience. This show was promoted and hosted by Rodney Rivette of Rockstar Party Productions.

This has been a busy week for the Cornwall music scene that included a 50th Anniversary Tribute to the Beatles at the Port, and 2014 Juno Award winning band Protest the Hero playing the Vu Night spot. This week local singer songwriter Tracy Lalonde became a Top 10 regional finalist in the CBC Searchlight Competition. Also this past week local music fans learned 90’s metal band Ritual will be having an upcoming reunion show at Lola’s Pub and Grub. There is a lot more concerts coming up including Switchgear at La Maison Tavern Friday night. Read the Seeker for all the latest in arts and culture and music news!

The following photos of the Crued show are by Jason Setnyk Photography.

Cornwall Community Police to serve up meals for Special Olympics